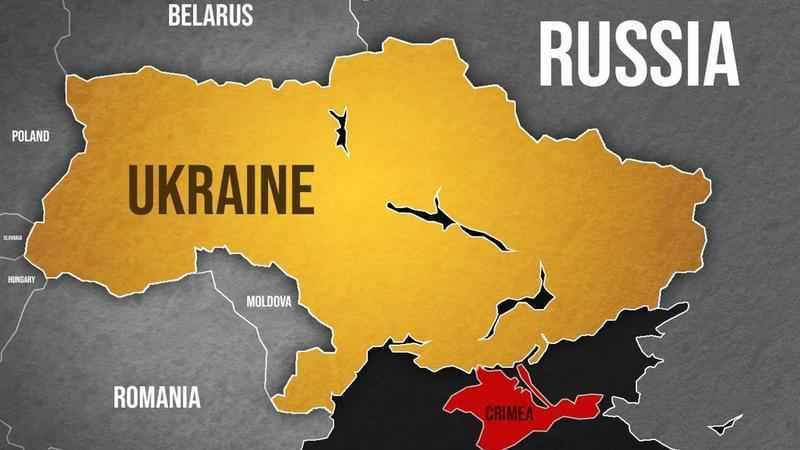 In a bitter and emotional speech, Ukraine President Volodymyr Zelenskyy criticized NATO for refusing to impose a no-fly zone over Ukraine, saying it will fully untie Russia’s hands as it escalates its attack from the air.

“All the people who die from this day forward will also die because of you, because of your weakness, because of your lack of unity,” he said in a nighttime address. “The alliance has given the green light to the bombing of Ukrainian cities and villages by refusing to create a no-fly zone.”

On Friday, NATO refused to impose a no-fly zone, warning that to do so could provoke widespread war in Europe with nuclear-armed Russia.

“All that the alliance was able to do today was to pass through its procurement system 50 tons of diesel fuel for Ukraine. Perhaps so we could burn the Budapest Memorandum,” Zelenskyy said, referring to the 1994 security guarantees given to Ukraine in exchange for the withdrawal of its Soviet-era nuclear weapons.

“You will not be able to pay us off with liters of fuel for the liters of our blood, shed for our common Europe.”

He said Ukrainians will continue to resist and have already destroyed Russia’s plans for a lightning invasion “having endured nine days of darkness and evil.”

“We are warriors of light,” he said. “The history of Europe will remember this forever.”

A Western official says a huge Russian military convoy advancing on Kyiv has made little progress for several days.

The official said the convoy, which has been estimated at up to 40 miles (64 kilometers) long, had become a huge traffic jam that included damaged or destroyed vehicles.

The official, who spoke on condition of anonymity to discuss intelligence, said the convoy had been attacked from the air by the Ukrainians, but that Ukraine’s ability to do so was limited.

The official assessed that Ukrainian forces remain in control of much of the country’s territory but that Russia holds the cities of Kherson, Melitopol and Berdiansk in the south.

Russian President Vladmir Putin said Thursday that what he calls a “special military operation” was on course to meet its goals.

A top Russian diplomat insisted Friday that his country will not occupy Ukraine.

“The goal is very clear: Denazification and demilitarization,” Gennady Gatilov, Russia’s ambassador in Geneva, said of the invasion — which he called a “special military operation.”

“We are not going to stay in Ukraine militarily. We are not going to occupy this country,” he told the U.N. Geneva press association ACANU. “I don’t now all the details of the military plan, but the political goal is as I described it.”

He said the definition of “demilitarization” was being discussed in diplomatic talks between Ukrainian and Russian envoys.

“We want to secure — or to have guarantees — that the threat is not coming from Ukraine against the Russian Federation.”

Russian President Vladimir Putin has sought to legitimize Russia’s moves in Ukraine by claiming a desire to “denazify" Ukraine, a country with a Jewish president who lost relatives in the Holocaust and who heads a Western-backed, democratically elected government. Historians see Putin’s invocation of World War II as disinformation and a cynical ploy to further the Russian leader’s aims.

President Vladimir Putin says Russia is ready for talks with Ukraine but insisted that it must meet Moscow’s demands.

Putin told German Chancellor Olaf Scholz that Ukraine must agree to demilitarize, accept Moscow’s sovereignty over Crimea and surrender territory to Russia-backed rebels in the east, the Kremlin said in its readout of Friday’s call.

Russia annexed Ukraine’s Crimean Peninsula in 2014 following the ouster of the country’s former Moscow-friendly leaders and cast its support behind the rebels in eastern Ukraine.

Putin recognized the separatist “people’s republics” as independent states just before he launched an invasion of Ukraine on Feb. 24, citing their plea for military assistance.

Russian and Ukrainian negotiators on Thursday held the second of two rounds of talks, reaching a tentative agreement on setting up safe corridors to allow civilians to leave besieged Ukrainian cities and the delivery of humanitarian supplies. They also agreed to keep talking on ways to negotiate a settlement, but Putin’s tough demands make prospects for a compromise look dim.

Ukrainian negotiators said the parties may conduct another round of talks over the weekend.

The U.N. human rights office, in its latest count of casualties released Friday afternoon, said it had confirmed 331 people killed and 675 people injured since the beginning of the Russian invasion.

The rights office uses strict methodology and only reports casualties it has confirmed. It believes the real figures are much higher. Ukrainian officials have presented far higher numbers.

Ukraine refugee count up to 1.25 million

In the first of what is likely to be its daily counts, the U.N.-affiliated International Organization for Migration said 1.25 million people had left Ukraine between the start of the invasion and 09:30 a.m. on Friday. It cited government ministries for its information.

IOM, which focuses on all types of migrants — not just refugees — also provided new details about where the people fleeing were from: It reported that 78,800 “third-country nationals” — not Ukrainians — from 138 countries had left the country.

IOM said: “We have credible and verified information from partners and humanitarians present on borders with neighboring countries have documented discrimination against several third country nationals arriving in neighboring countries. They have also documented act of xenophobia based on people’s race, ethnicity and nationality.”

“Third country nationals reported having faced discrimination on their journey. States need to investigate and act immediately to ensure that everyone fleeing the conflict is treated humanely, and provided access to territory and protection,” IOM said.

A top Ukrainian cybersecurity official says a volunteer army of hundreds of hackers enlisted to fight Russia in cyberspace is only attacking what it deems military targets, prioritizing government services including the financial sector, Kremlin-controlled media and railways.

Victor Zhora, deputy chair of the state special communications service, also said Friday that there had been about 10 hostile hijackings of local government websites in Ukraine to spread false text propaganda saying his government had capitulated. He said most of Ukraine’s telecommunications and internet were fully operational.

Zhora told reporters in a teleconference that presumed Russian hackers continued to try to spread destructive malware in targeted email attacks on Ukrainian officials and – in what he considers a new tactic – trying to infect the devices of individual citizens.

Zhora said one job of civilian volunteer hackers is to try to obtain intelligence that can be used to attack Russian military systems. He said volunteers from Ukraine’s IT sector are also addressing the Russian people directly with phone calls, emails and text messages. That includes sending videos and pictures of dead Russians soldiers.