The Winnipeg Jets announced on Wednesday they have signed former UMD defenseman, and Hermantown native Neal Pionk to a four-year roughly $23.5 million deal.

Pionk played two seasons for UMD where he notched 11 goals and 40 assists for a total of 51 points.

During the 2016-17 season, Pionk earned second team All-NCHC honors, while also helping UMD to an NCHC Championship, and an appearance in the National Championship game.

He also earned a spot on the NCAA All-Tournament Team.

Pionk’s deal with Winnipeg will run through the 2024-25 season. 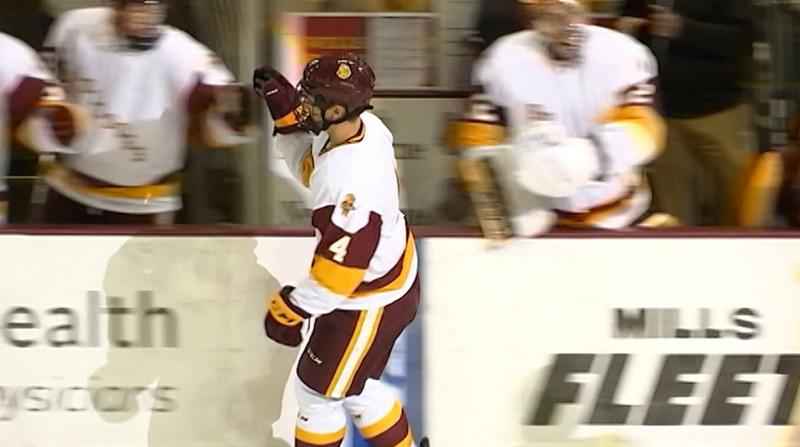