The Forest Service held a meeting at the Wolf Ridge Environmental Learning Center auditorium in Finland on Thursday evening to update the community about the Greenwood fire.

The fire was first reported on Sunday at around 3pm. A local resident noticed smoke and called 911. Since then, the fire has grown rapidly and expanded to over 4,000 acres. The latest update on the size and exact location of the fire can be found here.

The cause was determined to be a lightning strike. Lake County is one of the many areas in Minnesota that is in severe to extreme drought, so all it took was one lightning strike for this fire to start and then spread quickly, with the help of strong winds.

"The fire started down in this area right here and started a fast ascent straight north,” explained Incident Commander Brian Pisarek. “As you know by the weather, we’ve been having a strong southerly wind, which is pushing the fire in a north direction. It’s been growing about one thousand acres a day."

According to officials, ninety places have been evacuated, and forty more families have been told to prepare for evacuation. Additional crews arrived today and more will get to the scene within the next couple of days. There are currently 145 fire personnel working on slowing down the fire. 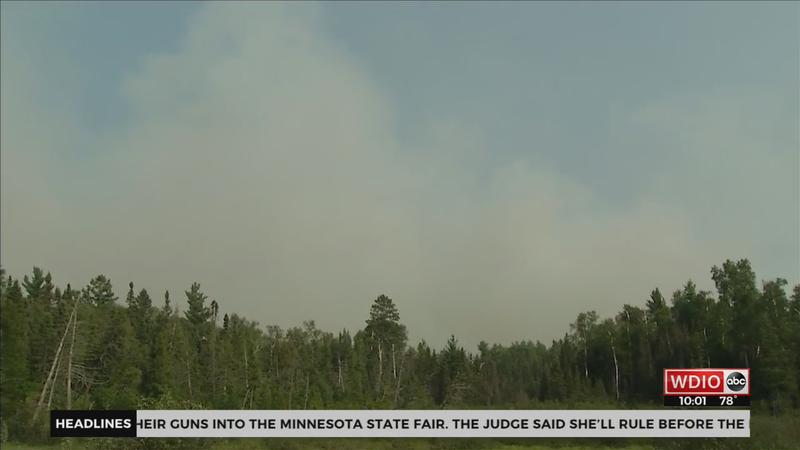 Friday is expected to be another difficult day in these efforts with the dry and gusty conditions. Officials hope that the additional fire crews and cooler weather this weekend will help slow the spread of this rapidly growing fire.

A Red Cross shelter is in place to help families that were evacuated.The latest updates on this fire can be found here.