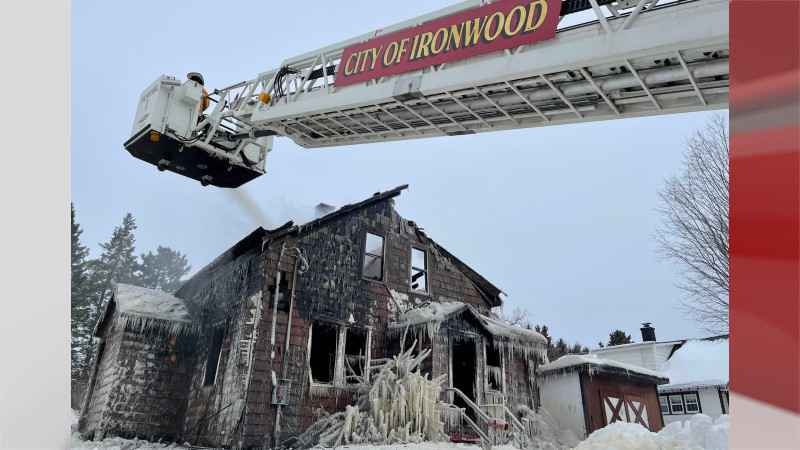 A home in Ironwood is a total loss after a fire early Tuesday.

The Ironwood Public Safety Department says the fire on the 900 block of East Pine Street was first reported as a chimney fire, but arriving units found it was a more involved structure fire.

The family who lived in the home was able to get out safely before firefighters arrived. No one was injured.

Firefighters were on scene for nearly ten hours and called in mutual aid from the Hurley Fire Department due to the frigid conditions.