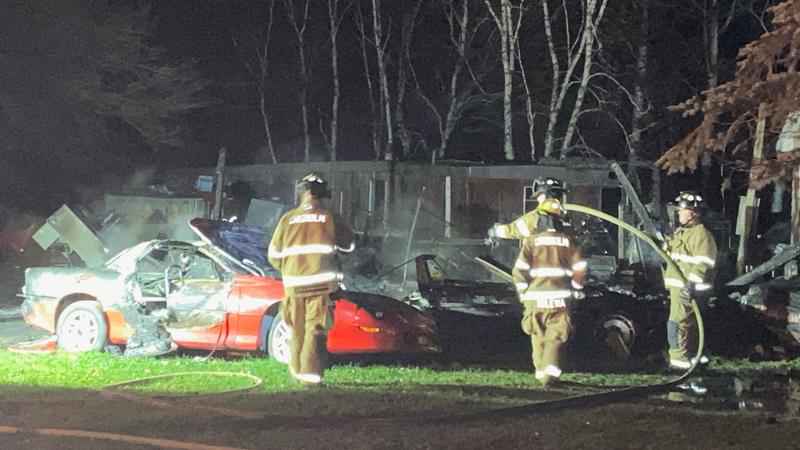 A garage and four cars were destroyed by fire in Balkan Township north of Chisholm.[Northland FireWire]

A garage and four cars were destroyed by fire Tuesday night in Balkan Township north of Chisholm.

A Chisholm Fire Department rescue truck was also hit by another vehicle and damaged. The driver of the vehicle who hit the back of the truck was taken into custody, according to the Northland FireWire.

The fire was reported at about 7:20 p.m. It happened on Krogerus Road.

No injuries have been reported.

The fire and the crash are under investigation, the FireWire says.