Firefighters from multiple departments responded a fire at the AmericInn in Proctor on Monday morning.

The fire was reported at about 10:40 a.m. and appeared to cause exterior damage to the hotel. Crews were ventilating smoke out of the hotel within an hour of the initial report.

"There were visible flames on one of the lower level balconies, which extended up into the upper level, but quick action and we got lucky with it being cement, so it could have been a lot worse," Proctor Fire Chief Kerry Helquist said.

He said the flames were out within probably five minutes of their arrival.

General Manager Bryn Pollard told WDIO News that they believe there may have been a small electrical fire on the exterior of the south side of the building. Staff members noticed smoke and evacuated everyone from the building safely. 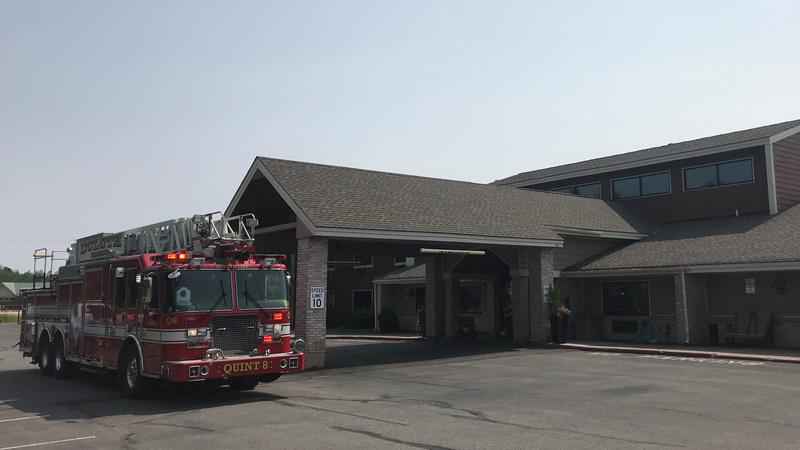 Fire crews responded to the AmericInn in Proctor on Monday.[Kevin Johnson/WDIO-TV]

"I was in the room sitting on the bed when I first heard the bell and I thought it was the alarm clock," Maloney said. "Then all of a sudden, I heard loud bells and housekeeping was going around knocking on all of the doors telling everyone to get out."

"The hall was really cloudy and smelled really bad, but I got out safe," Bahtiyar said.

No one was injured.

Pollard said the hotel is nearly fully booked but most guests were gone at the time.

Chief Helquist said guests would be able to return to all but likely two rooms.

Firefighters from the Proctor, Duluth, and Solway Township fire departments were on scene.