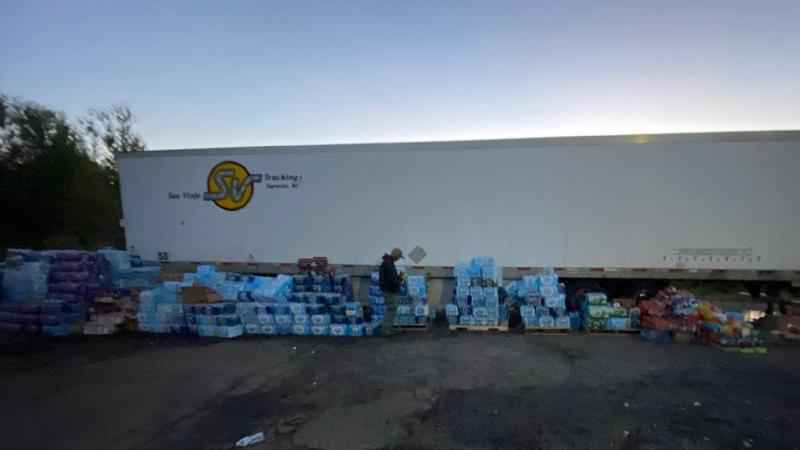 Donations to crews at the Greenwood Fire are starting to attract bears.[Adam Fisher/EA Type 2 Team]

Crews battling the Greenwood Fire are thanking people for their generosity but asking them not to send any more donations after the huge amounts of food and water have started to attract bears.

The Superior National Forest and the Eastern Area Incident Management Team said in an update Monday that they have run out of storage space and have had to keep donations on pallets out in the open. They have already had two instances of bear damage.

"We understand the genuine concern, and undeniable generosity of community members, but we need to be able to return the focus of our logistics staff to supporting the Greenwood Fire and our fire fighters, and we can no longer accept any donations," said a post on the Superior National Forest’s Facebook page.

The post said they have received far more donations than firefighters need. They’re asking people to instead send donations to local fire departments and thank firefighters, such as with signs along the road or cards.