People were out and having a good time Saturday morning at the Fat Bike Birkie competition in Cable, Wisconsin. The event is the premier snow bike competition in North America. Riders from far as Alaska came to participate in the event.

"It’s the biggest fat bike race in the world. So it is cool to see so many people from so many different places come out to race," says Ross. Will Ross traveled from Anchorage, Alaska to race.

Riders took the course to compete in the Big Fat Race 47, Half Fat Race 21k, or the Fun Fat Tour 10k. For some racers, it’s been a while since they have been able to round out a top-three finish.

"It is great to finally be back in the top three. I finished on the podium my first four times here. I’ve seen to be stuck in 4th place until this year. It’s good to be back on the podium," said Ross.

Will finished 3rd in the Men’s Big Fat 47k. In 2nd place was Chris Stevens and 1st place was secured by Corey Stelljes.

The women showed up and went hard in the event. For some of the riders, it was more than just a race.

"It was obvious how strong they are and how motivated they are. They were not afraid to make holes, fly up and down the hills, and all said Mattson. It was very inspiring to just try to keep up as long as I could. It was obvious that we put in the work. We held our own against the men that we were with, and it was a blast." 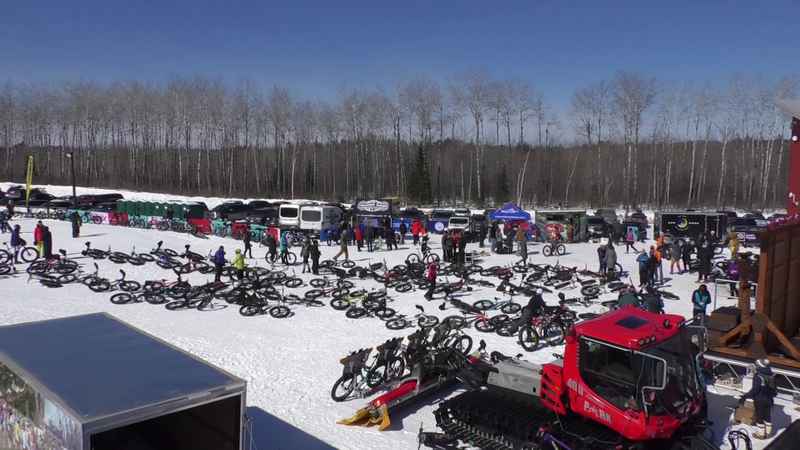 Riders from far as Alaska came to participate in the event.[WDIO, File]