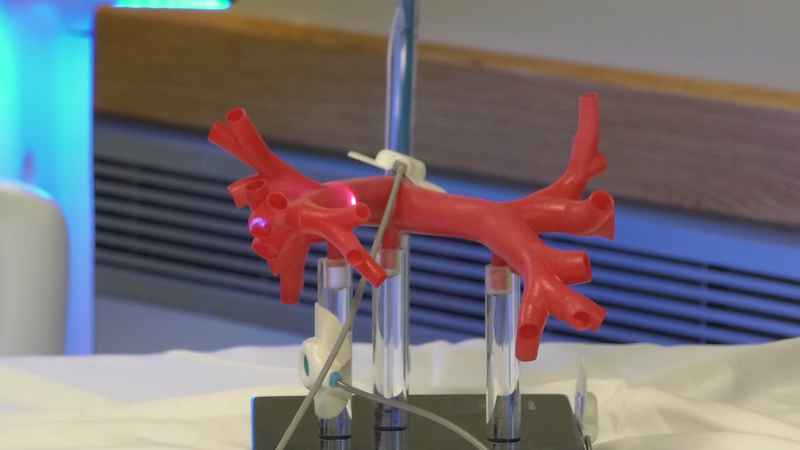 There is a new technology at Essentia Health that can be used to help diagnose lung cancer in their patients. The innovation is called the Monarch Platform, it is used to detect lung cancer at a much earlier time frame than previously before. Essentia Health the only hospital north of the twin cities that uses this platform. Getting an early diagnosis is crucial in the lung cancer screening and treatment process, the bronchoscope on the Monarch robot can allow doctors and physicians do just that and more.

According to Auris Health and The Monarch Platform, lung cancer is the leading cause of cancer deaths worldwide. More patients die every year from the disease than from prostate, breast, and colon cancer combined. Above 90 % of people diagnosed with lung cancer do not survive due to the nodules being found at an advanced stage then early on. Nodules are usually small, found deep in the lung and very difficult to reach, making early-stage diagnosis and therapeutic application very difficult.

If you have been diagnosed with a lung nodule and are seeking a biopsy, the monarch procedure can be relatively easy and little to no pain. Essentia health pulmonary care physician, Dr. Eric Swanson, discusses how easy the process can be, “the procedure takes about an hour to an hour and a half to do. Then you wake up, about an hour or an hour and a half later you go home. So, it’s a same day procedure. Don’t have, as far as side effects from the procedure; you’ll often have a sore throat from a breathing tube being in there." this platform holds promise to fight lung cancer by allowing physicians to diagnose and eventually treat hard to reach and small peripheral nodules with great precision than ever before.