For the first time in 13 seasons, Eskomo volleyball has a new face leading the charge.

Following the departure of long time head coach Desiree Deleon’s at the end of last season, former Duluth Denfeld head volleyball coach Pete Stasiuk made the short trip down Highway 35 to take over the Esko roll.

"It’s definitely interesting, definitely refreshing to have some new input and new styles of coaching," senior captain Jordynne Wohling said. "He’s done a great job so far, so I’m excited to see what the rest of the season has to offer us."

Fellow senior captain Madison South added, "he’s really good at skills, so it’s like the little stuff that matters. He’ll critique you and he won’t let you keep doing it wrong, he’ll say if you’re doing it wrong to help you learn how to do it."

The program he has inherited is coming off a 9-1 season that was cut short by the pandemic. That squad even handed then-top conference foe Barnum their only loss of 2020, while averaging 4.8 kills per set. 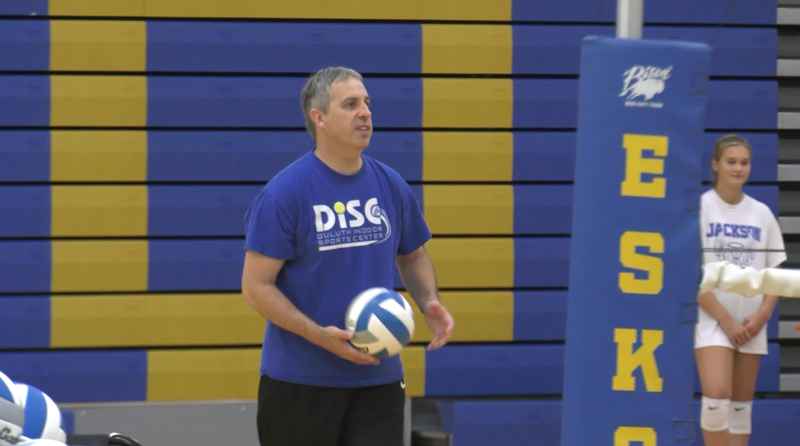 While they lost a good number of seniors from that team, Stasiuk said his confident this year’s Eskomos can reach the high bar their predecessors set.

"Gabby Martinson obviously she’s a pretty big hitter out on the right side, very hard hitter, fun to watch," Stasiuk said. "Kierra Johnson on the left side, I’ve got high hopes for her this year, and our two middles are just nice, big blockers."