Eruptions in La Palma are the strongest so far

Officials say a volcano erupting for the past five weeks on the Spanish island of La Palma is more active than ever.

New lava flows have emerged following a partial collapse of the crater and threaten to engulf previously unaffected areas.

A powerful new river of molten rock has gushed out of the Cumbre Vieja volcano since Monday. The Canary Islands Volcanology Institute described it as "a giant lava fountain."

The eruption drove a volcanic ash cloud high over the island off northwest Africa, while authorities prepared to evacuate more people from their homes.

The eruption has totally or partially destroyed more than 2,100 buildings, but most of La Palma so far is unaffected. 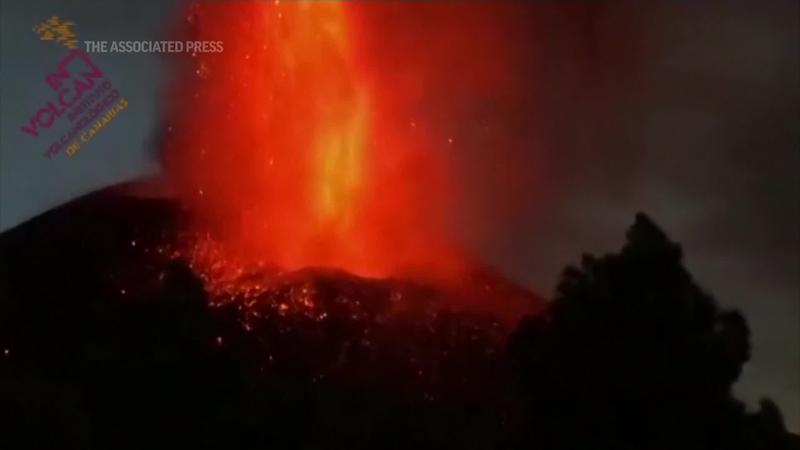 Eruptions at the Cumbre Vieja volcano are said to be more active than ever.[Involcan via AP Video]