Elevator A on Rice’s Point gets new ownership 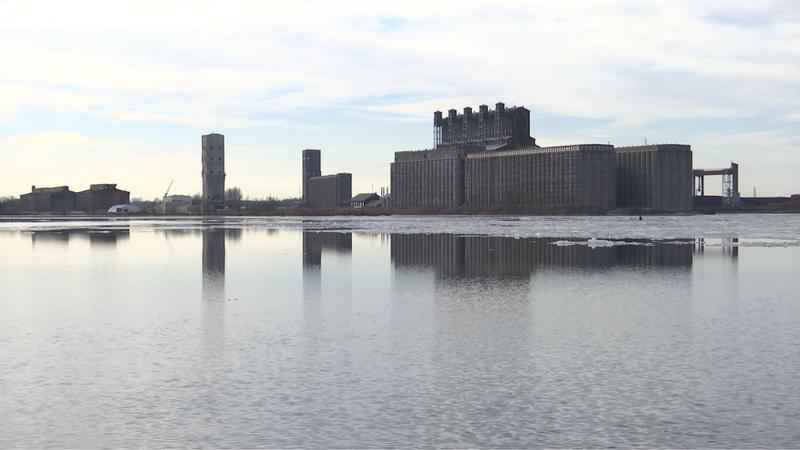 Elevator A on Rice's Point gets new ownership.[WDIO-TV]

The northern-end anchor of Duluth’s Rice’s Point now has a new owner. The Hansen-Mueller Company recently finalized acquisition of General Mills Elevator A, which completes a deal that will bring the grain-handling facility back into active service.

Owned previously by General Mills, Elevator A becomes the second Hansen-Mueller-owned grain complex in the Twin Ports, joining the Daisy Elevator and Elevator M complex in Superior, Wisconsin. It has been inactive since 2015.

Elevator A stands 185 feet above the harbor, with a 3.5 million-bushel storage capacity. Consolidated Elevator Company built the structure with ceramic tile, brick and concrete in 1908, replacing the original wooden elevator constructed on the site in 1894. General Mills purchased the elevator in 1943, modernizing it in the 1970s. The site includes a 1,900-foot dock, with a slip depth of 28 feet, and on-dock rail service from BNSF Railway.

Nebraska-based Hansen-Mueller says they plan to bring the facility back into operation in time for the 2022 harvest season. The facility will import and export primarily small grains grown in the United States and Canada to domestic and foreign destinations.

"The facility fits our portfolio very well and will complement our import and export program, as well as our interior grain assets and processing plants," said Paul Johnson, Hansen-Mueller vice president and chief operating officer. "We are excited to grow our business in the Port of Duluth-Superior, and bring new business onto the St. Lawrence Seaway."

The reactivation of Duluth’s Elevator A is expected to add at least eight new jobs on the working waterfront, in addition to generating added revenues and increasing grain tonnage through the Port of Duluth-Superior.

"Elevator A is a valuable asset in our port, with its grain-handling capacity, excellent road and rail connections, plus a long, solid, Seaway-depth dock for ships, and we’re excited for its potential," said Kate Ferguson, Duluth Seaway Port Authority director of trade and business development. "We’ve been looking for the right match to put that asset back into active use, and Hansen-Mueller proved to be that match. It was a process working together with Hansen-Mueller, General Mills and BNSF, which owns the land on which the elevator is built, and we’re appreciative of everyone’s efforts that brought us to this exciting announcement for Hansen-Mueller, the Port of Duluth-Superior and the Duluth Seaway Port Authority."