As Covid-19 cases continue to rise in the region cities like Minneapolis and St. Paul have reinstated their mask mandates. Now some Duluth city councilors are considering the same.

City Councilor Terese Tomanek says, “The number of cases just keeps going up and it then became apparent that we need to do something."

She is one of the members pushing the city wide mask mandate. She says the faster the mandate is implemented the more people can be prevented from getting the virus.

Councilor Tomanek spoke on how fast the mandate could be passed. She says, “By purposing that we make this an emergency declaration and passing it and an emergency ordinance, we could have and voted on as soon as Monday night. If the council decides to do so and we would hope to have it in effect 48 hours later."

Other councilors question the fast turnaround for the mandate. Councilor Derek Medved says, “"from my opinion we have not notified or included the business community or the public, the general public in a round table discussion." 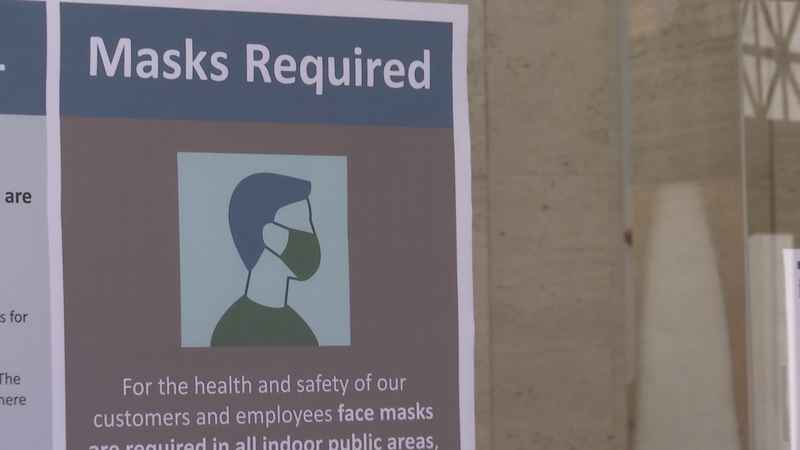 But for people who are at high-risk like Gaelynn Lea, having a solution to the rising cases is desperately needed. She says, "I mean I know people who go in for emergency things and have to sit and wait in a waiting room for 6 hours right now. And as a person who has medical issues that is terrifying."

Another question that has surfaced is the effectiveness of the enforcement for a potential mandate. Councilor Medved stating, “my hope would be that it would come from a higher office."

There remains a worry if neighborhoods around Duluth don’t have a mask mandate that there will be a negative effect on the city.
But some businesses in Duluth require customers to wear masks indoors. Emily Ekstrom owner of Hucklebeary says a majority of the public’s reaction is positive.

She says, "People sought me out as the business owner to say thank you for doing this I feel comfortable in your shopping at your store."

Both sides on the council agree that the public’s health is the top priority when it comes to their decision. And both hope they can come together to make the best decision possible.