The city of Duluth is working on having a new rest stop built right behind of the DECC. The new area named Harbor Plaza had a design showcase Tuesday.

From a back road to pedestrian area, Harbor Plaza came up in discussion after identifying problems with the original area. Cliff Knettle explains the original intent saying, "the idea started from a couple needs. Number one we’ve got failing infrastructure, the sea wall [needed] to be rebuilt.”

From there, discussions and ideas started to form about what to do about the unutilized area. With a new customs station being operated from the DECC as well, the city wanted the infrastructure to also accommodate the cruise lines as well.

The project could cost about 2-2.5 million dollars and construction could start in the spring of 2022 and end in 2023. Consultant Terry Minarik says the sea wall would be the first thing to be renovated. “There will be a lot of work related to the sea wall construction and will be the primary thing that will happen first. And then the work behind it will be in conjunction with the city roadway work as well.”

The project is also looking for public opinions as well. The designs are online and a virtual meeting will be held on August 19th at 6:00pm. Which, you can access through here and select Parks & Recreation Public Meetings. 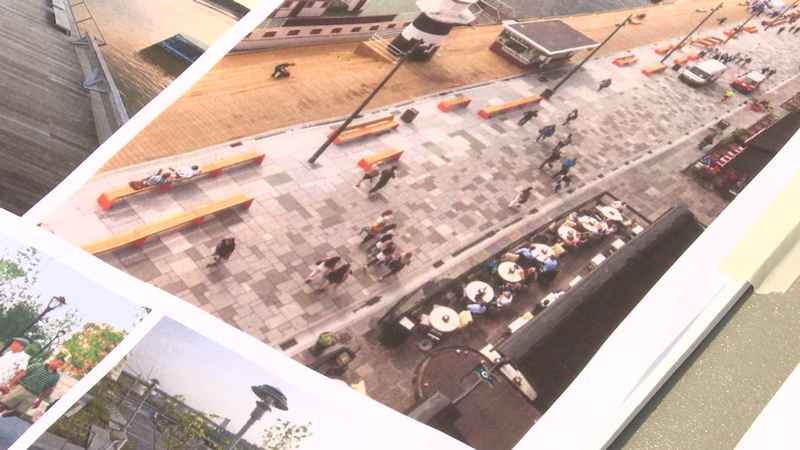