Advocates from Duluth voiced their support to State Representatives for a newly introduced bill that would establish a statewide missing and murdered Indigenous relatives information reward fund and appropriate during a meeting Thursday.

The fund would function similarly, but on a larger scale, to a fund recently established in Duluth

Alicia Kozlowski, the Community Relations Officer in Duluth, cited the unfortunate number of cases that are being adequately tracked.

“A recent study by the Urban Indian Health Institute revealed that only 116 of the 5,712 MMIW cases were logged into the Department of Justice’s nationwide data base,” Kozlowski explained. “Seventy percent of those were declined due to lack of evidence. We know that the statistics are difficult and staggering, [but] these aren’t just statistics we’ve heard. These are our moms, aunties, sisters, cousins, [and] your neighbors.”

“Like Duluth’s reward fund, House File 3055 will provide renewed hope and a missing link for more effective investigations through financial incentives that will yield critical evidence needed to bring our people home to justice and promote healing,” she continued. “This fund won’t bring somebody back, but it will let people know there’s value in them opening up and sharing the information that they know.” 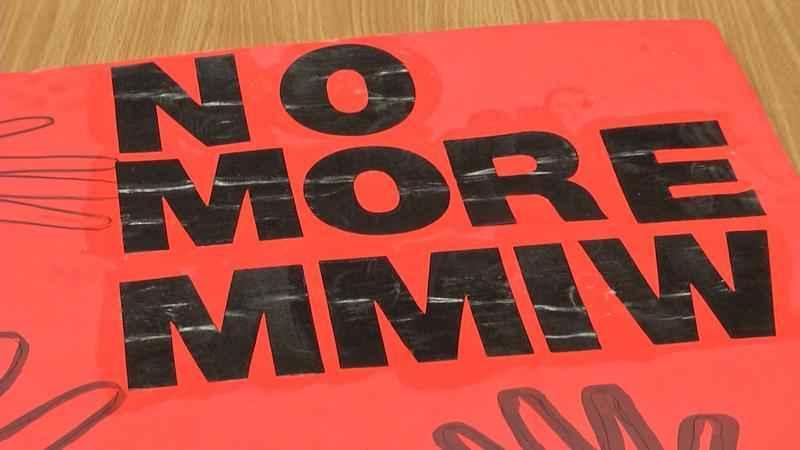 Duluth Chief of Police Mike Tusken also spoke up on behalf of the bill, highlighting the support it would provide law enforcement.

“We know that in Duluth our Indigenous communities are six times more likely to be victims of crime. We know that that’s not just a trend in Duluth, that’s a trend that is not only across our state, but nationwide,” Tusken said. “This bill will be incredibly helpful for us to have the resources to use to bring people forward who may be scared – who maybe need a little influence to come forward and share their information.”

Rene Ann Goodrich from Native Lives Matter Coalition and a Gaagige-Mikwendaagoziwag Committee Member testified and offered written testimony. She said, "Gaagige-MikwendaagoziwagReward Fund program established in Duluth MN 1/10/2022, an Indigenous led community response to the MMIWg2S epidemic which serves as an inspiration and model for others. Gaagige-Mikwendaagoziwag anticipates and encourages the growth of the program to include relatives, BIPOC, multiple jurisdictions, tribal and state level legislation."

She went on to say, "A partnership with The City of Duluth, Native Lives Matter Coalition, and Mending the Sacred Hoop. Inspired by the open case of Sheila St.Clair in Duluth Minnesota. Building on the Indigenous led community response model MMIWg2S families, their advocacy, and Indigenous communities are empowered and honored by the support of our state representatives in establishing the HF 3055 statewide reward fund."

The full bill can be found here.