Duluth Police: Shooting incidents rise to 20, half of the record high

During a press conference Wednesday, Duluth Police Chief Mike Tusken took the time to address an uptick in recent gun incidents in Duluth. So far this year, Duluth has seen 20 shooting incidents, with six of those happening in June. That is nearly half of the record 41 shootings set in 2020.

"These are all incidents that are very serious. People are getting hurt. We’re having round go off accidently," Chief Tusken said. "We need to be of course, if we’re going to be gun owners, we have to be very, very careful about how we handle, and how we clean fire arms. This isn’t something that an anomaly, that just happens every once in a blue moon."

They are still seeking information on the most recent one that happened at Ace’s on First bar on June 18. Chief Tusken says they are still looking for two suspects in that investigation. According to the report police report, there was a fight between four men. During the fight, a gun fell out of the waistband, and when a bystander attempted to pick up the gun, it accidentally discharged. One person was hit in the foot. If anyone has information they should contact the Violent Crimes unit.

“We are doing our investigations on the front end to prevent these incidents," Tusken said. "It’s important for all of us in our community if we know people who have guns who have guns that are illegal who are maybe perhaps people who are threatening with guns, there’s an opportunity to gibe that information to us on if front end anonymously so that we can do meaningful intervention so that we don’t have tragedies." 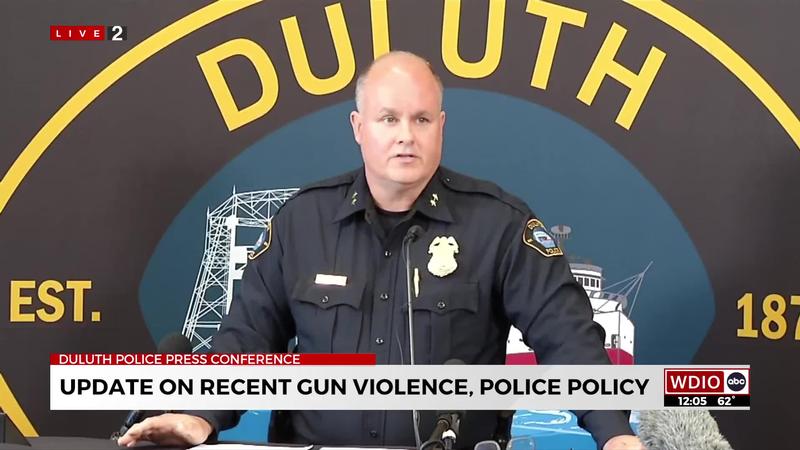