The Duluth Police Department is expanding its fleet beyond squad cars. Now they have a bus.

The Duluth Transit Authority donated the bus to be used as a community engagement tool with help from the JAG Grant, which focuses on community policing initiatives.

"Since it’s a community engagement bus, we opened up naming it to the community," said Chief Mike Tusken.

According to a Tuesday morning release, there were more than 350 people who weighed in on their favorite name and CODE4 received the majority of the public’s vote.

CODE4 will roll out for National Night Out Tuesday night. 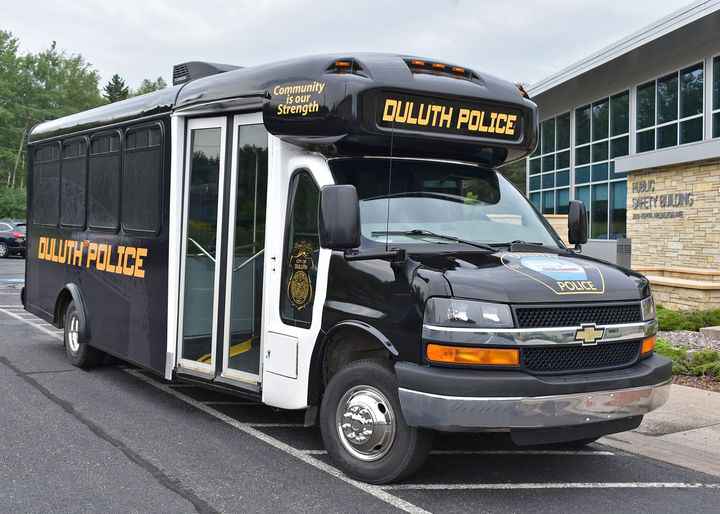 For more information on the community bus, follow its journey on the Duluth Police Department’s social media pages with the hashtag #CODE4.

According to the department, the bus will also be staged at the Public Safety Building for people to see from Tuesday, August 3 through Thursday, August 5.