The Duluth Huskies held on to down St. Cloud 8-7 on Sunday and pick up their first win over the Rox this season.

It was big win for Duluth as the playoff race tightens with six regular season games remaining.

The Huskies were led offensively by Bryan Broecker tallying four RBI and two hits, and Calyn Halvorson contributing two hits and two runs with one RBI.

Starting on the mound for Duluth, Will McEntire threw seven strikeouts over 6.2 innings pitched. Later Michael Sarhatt would earn his first save of the season.

The Huskies (14-14) return to Wade Stadium on Monday to open up a two game series against Willmar. First pitch is set for 6:35pm. 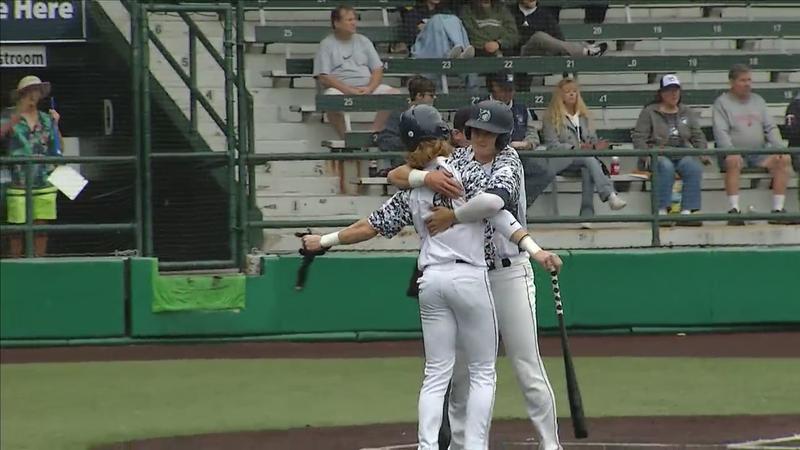 Brett Paulsen hugs Ambren Voitik after they each scored a run to give the Huskies the second inning lead over St. Cloud on Sunday at Wade Stadium.[WDIO/Glenn Kellahan]