While some had a snow day on Monday, our plow drivers were hard at work.

“Plow drivers have been out since this morning,” said Duluth Public Information Officer Kate Van Daele. They have been working on clearing and maintaining our main streets, which is what we do. They’ll continue that work today and throughout the night and tomorrow.”

A question on many Duluthian minds today has been whether the city will declare a Snow Emergency to help with this issue.

“The City of Duluth uses our snow emergency option really to help clean up,” said Van Daele. “So we are not planning to issue a snow emergency today.”

No decision has been made yet on whether one will be issued for Tuesday or Wednesday. 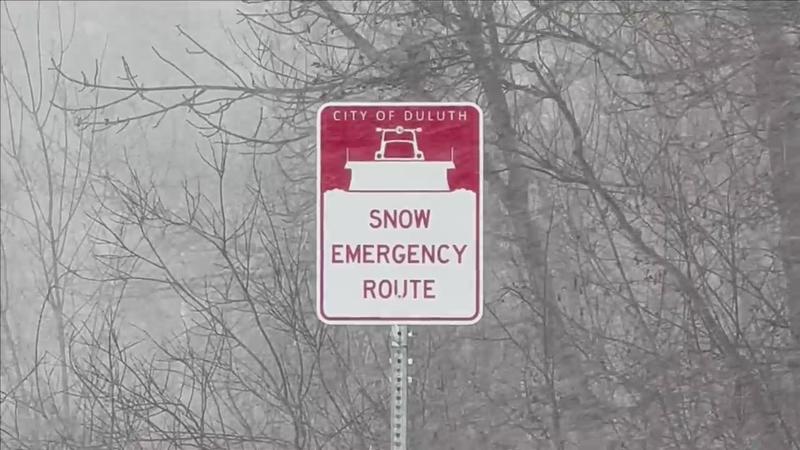 “If we do issue a snow emergency, it would be in an effort to get cars off of our snow emergency routes and a lot of our main streets and then be able to come in and plow those edges where you’ll see ruts from cars that have shoveled out, plow them to the curb so that people, when they come back, are able to park in those parking lanes without being in the middle of the drive lanes,” Van Daele explained.

The concept of a snow emergency still has mixed opinions amongst the public.

“It kind of sucks if we’re gonna have to keep moving our car and whatnot, but I get it,” said UMD Student Dylan Ibarra.

“It’s nice to clear the road off,” said UMD Student Tyler Dee. “The roads are pretty bad out there, but they’re doing a good job keeping up with it.”

Main roads will be a priority as long as the snow is still falling.

“Our efforts are on keeping our main streets plowed so that people have access to getting to the hospitals and the highways and then once those are clear and the snow stops, we will start working our way into residential areas,” said Van Daele.

In the meantime, shoveling a little at a time is recommended rather than waiting for the snow to stop. For those who have time off school or work because of the snow, it’s always good to help your neighbor as we all deal with this winter storm.

“If you do have the ability and have a snow blower and are able to help snowblower out your neighbors or help people to get out, please do that,” said Van Daele. “You know, certainly we’re a community that helps one another, and I think we’ll see a lot of that in the days to come.”