Duluth FC was in Michigan on Friday taking on the Muskegon Risers, for the National Premier Soccer League (NPSL) Midwest Region semifinals.

Sam Thornton and Wynand Wessels would get the Bluegreens on the board first, as the squad had a 2-0 lead at the ten minute mark.

Back in Duluth the hometown faithful showed up to support the team at a watch party, held at Dubh Linn Brew Pub.

"Ever since they started I liked them. You know, I’m getting into soccer more and more, and this year, really excited that they’re going far," said fan Scott Yeazle. 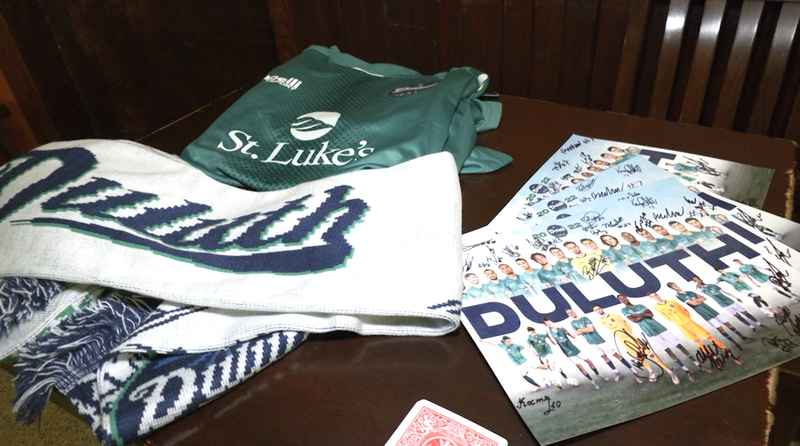 Duluth FC gear available for fans at the watch party.[WDIO-TV]

"We’ve done a lot of watch parties here through the years, like back in 2018 when we played in Michigan, they had a watch party here and they actually won the region that year. So we are super excited," added Duluth FC social media and content manager Holden Law.

Fans in attendance where also able to join in on raffle prizes, consisting of signed posters, and Duluth FC jerseys.

The Bluegreens finish the season with an overall record of 12-3-1.