It was a cold one at Giants Ridge for the boys and girls Nordic Ski Racing State Meet, where the weather played a part in the way the format of the races worked, with Thursdays events being timed trials.

The meet was also the first time with sprint events being incorporated.

On the boy’s side the section 7 champions in Duluth East’s Carl Morse and James Kyes placed second with a time of 15:09.48. Just under ten seconds behind Minneapolis Southwest.

"The expectation was to go all out and try to win, and we came pretty close to that. We did the best we could today so pretty proud of that," claimed Carl Morse and James Kyes.

For the girls it was also the Greyhounds showing off their skills as Liesl Cope-Schaeffer, and Rowan Bixler narrowly beat Forest Lake by .25 seconds to take the first girls sprint title with a time of 17:52.41. 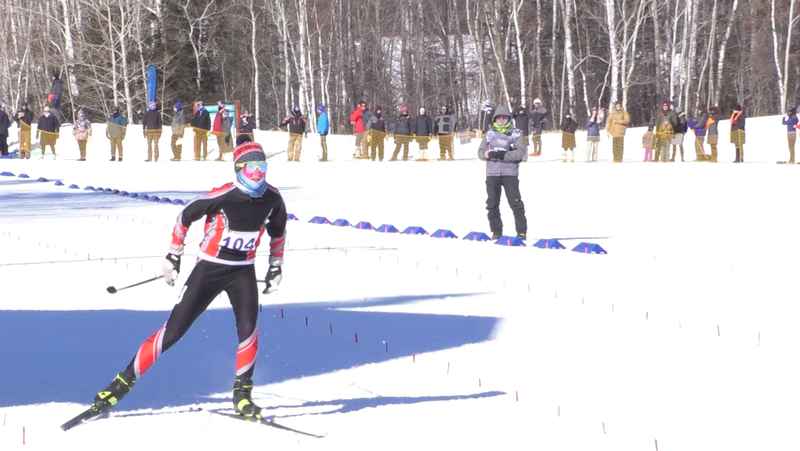 The pair said racing first out of the gate was a bit of a challenge.

"Definitely puts a little more pressure because you know that every second counts in your heat. You have to pretend like there’s somebody just ahead of you that you have to pass because other teams are going to have that and we didn’t have that," Liesl Cope-Schaeffer, and Rowan Bixler.

"It was great I had an awesome time out there my goal this season was to be in the top 10 and I achieved that so I’m pretty happy about that," said Ian Morse.

Right after the girls took off and the top Northland finisher was Della Bettendorf, from Proctor/Hermantown, finishing in 5th place with at time of 17:29.8.

"It is such a unique opportunity to get to ski with my friends and just enjoy it while I’m doing it," said Della Bettendorf.