The Duluth Curling Club threw a party on Thursday night to welcome Team Shuster back from the Olympics.

“It’s great to be home among all of you guys and seeing faces and giving hugs and shaking hands of people that I haven’t got to see in the last couple of years,” Olympic Curler John Shuster told the crowd.

“Growing up in this club and knowing some of these people since I was a little kid and seeing them here tonight is pretty special,” said Olympic Curler Chris Plys.

Many members of the Duluth Curling Club have had the opportunity to play right alongside the Olympians. 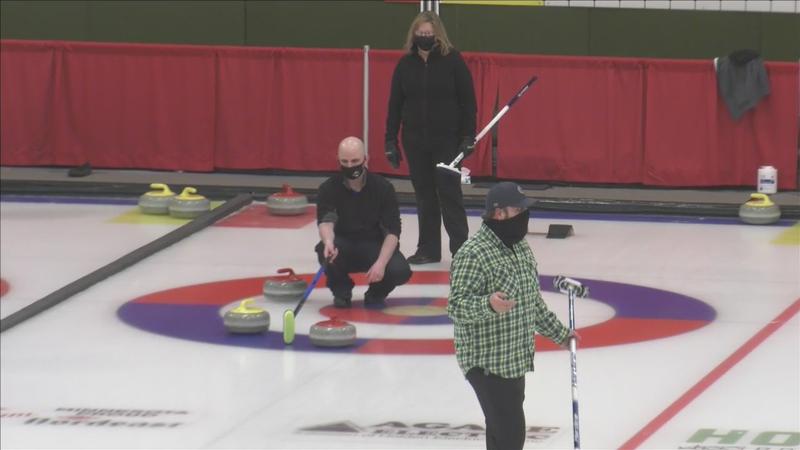 “It feels like I’m being represented because I just started curling four years ago, and it’s really cool to to look on screen and see that they grew up curling here too,” said Duluth Curling Club Member Olive Holden.

The team was unable to bring home a medal this time, but Northlanders are still proud of how far they were able to make it.

“At that level, a shot or two and a half an inch or two here, there is a difference,” said Cameron. “They competed phenomenally all the way throughout. They played as hard as they could and played as smart as they could and came up a tiny bit sharp enough. I couldn’t be prouder of them than when they won the gold.”

“Losing in the middle round is tough, but, I just was proud of the way that the guys all battled through the entire week,” said Plys. “It’s all you can do to get to the medal round and then see what happens and yeah, still a lot to be proud of.”

Plys and his teammates are already looking forward to the next Winter Olympics.

“All the guys want to make one last push at it, and I think after that, you know, it’ll probably be a lot of us retiring,” said Plys. “We’ll see what happens over the next four years and hopefully finish our careers in Italy.”

In the meantime, the team is happy to be back home.

“I’m playing league tonight for the first time in like over ten years probably,” said Plys. “We’re going to give her a go. Some of the boys, we got some new curlers on the team and it should be a lot of fun.”