Duluth City Councilor Renee Van Nett has passed away surrounded by friends and family after a brief battle with a terminal illness.

Councilor Van Net was elected in 2017 and re-elected in 2021 to the 4th District. She was the first Native American to serve as city council president. She had been running for state senate as well, but had dropped out of the race on May 13.

Van Nett will be remembered for her efforts in public safety, advocating for more resources for police officers and firefighters. Additionally, she was instrumental in the resolution the city council passed acknowledging the traumatic history of indigenous boarding schools.

There is a GoFundMe set up to raise money for her final expenses and to help her two daughters, Tiara and Nevada. 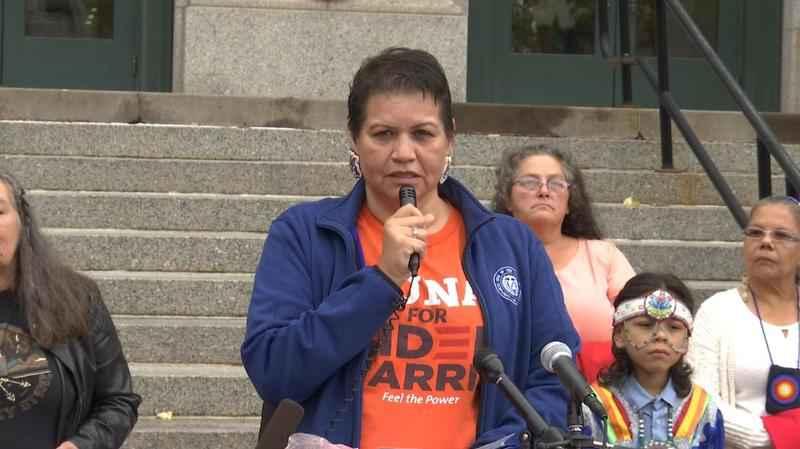 Members of City Council from both sides of the bridge shared their deepest condolences today:

"Renee Van Nett was an incredibly powerful woman who lived life with clarity and purpose. An absolute straight talker who knew her values, she also knew her voice. And the importance of using it. Time and again she was fearless. I will truly and deeply miss her as a friend to call on and laugh with through the brutal work of local politics.

Our entire community benefitted from her groundbreaking leadership as the first Indigenous woman elected to the Duluth City Council in the city’s history, going on to serve as Council President, DEDA Commissioner and Public Safety Chair. Renee was also a founding member of the Duluth Citizen Review Board and was an all-around truth teller."

"My heart breaks at the loss of my close friend and colleague, Renee. Councilor Van Nett was the bravest person I’ve ever met. She overcame immense obstacles in her life to become the first city councilor of Native American heritage to be elected Council President in Duluth. Renee dedicated her career to improving the lives of working people and cared deeply for her brothers and sisters in Labor. She was very proud of her father’s service as an Ironworker and it touched her deeply to recently be made a member of Ironworkers Local 512, as well as Teamsters Local 346 and Duluth Firefighters Local 101.

Renee’s deepest passion on the city council has always been public safety. She served for many years as the Council Public Safety Chair and always fought to get our firefighters and police officers the resources they needed to keep Duluthians safe.

She had a backbone of steel and was instrumental in many measures that passed the council during her tenure, including her historic resolution acknowledging the traumatic history of American Indian boarding schools in our state and supporting efforts of reconciliation.

Renee was an inspiration to many and her legacy will live on for generations to come in Duluth. I will profoundly and deeply miss her, as many throughout our community will as well."

President Van Sickle, on behalf of the Superior City Council

"The loss of Councilor Van Nett cuts deep across the Twin Ports today.

Our hears are with her daughters and family as she makes her journey home.

Renee unapologetically confronted injustice where she saw it, and put in the work to create a safe and loving Duluth. The shock and overwhelming grief of losing Renee, her advocacy, and a big laugh leave trailblazing shoes that we can spend our lives trying to fill.