Drought has negative impact on Minnesota’s lakes and rivers

Drought conditions continue to worsen across Minnesota causing some of the state’s 10,000 lakes and rivers to have much lower water levels than usual.

Evidence of this can be seen at Lester River, which normally flows into Lake Superior under the Highway 61 Bridge, but has decreased to the point of exposing a rocky ridge that was once underwater.

“The last time I was here, that whole part was covered in water,” Hunter Cannon of Duluth said. “I don’t think it should be that low because it could hurt the fish and stuff cause they could get too hot cause the sun could shine through the water,” Taylor Cannon of Duluth added. 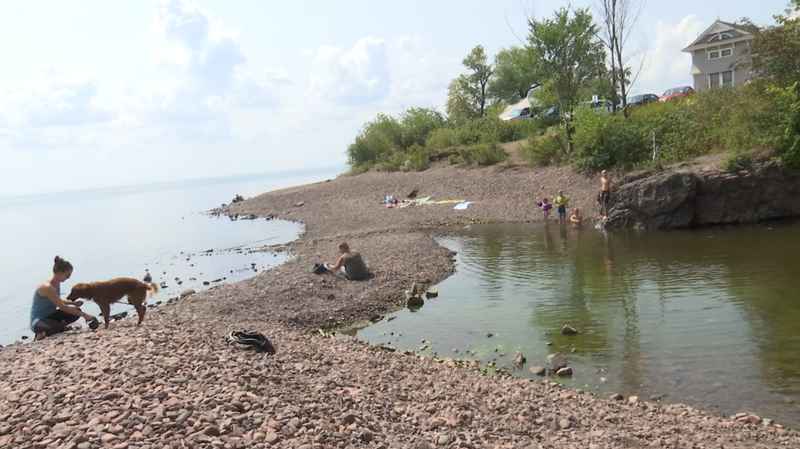 “When you have a sustained period of drought where these is not a lot of rain, lakes and rivers decrease in their levels and that’s what we are seeing across the state of Minnesota,” Rivord said.

Rivord added that conditions have caused three major watersheds to enter the drought restrictive phase, including the Mississippi River Headwaters watershed, the Rainy River Watershed and the Red River watershed.

The restrictions apply to about 300 communities, including Koochiching County.

Individuals in those areas are asked to conserve water where they can with utilities limiting water use to no more than 25% above January levels.

“If you can delay your car washes for the time being and postpone any major power washing of buildings until we recover a little bit would be a good action,” Rivord said.