Another developer has pulled out of plans to buy the former Duluth Central High School site, but the long-closed school will still meet the wrecking ball this year.

Saturday Properties had been planning to buy 55 acres at the site, on the crest of Duluth’s hillside, for $7.4 million to build mixed-use housing. But Duluth Public Schools said Monday they have been informed that Saturday Properties will not move forward with the purchase agreement.

Despite the deal falling through, the school district said in a news release that it will move forward with plans to demolish the former high school building this year, making the property shovel ready for future development.

"While we are disappointed by this news, we are completely confident that the property has unique value for a future developer," Superintendent John Magas said in the news release.

Duluth Public Schools said it is moving forward with plans to construct a transportation facility and new administrative offices on the back of the property. The project is expected to begin this spring, with completion in mid-2023. 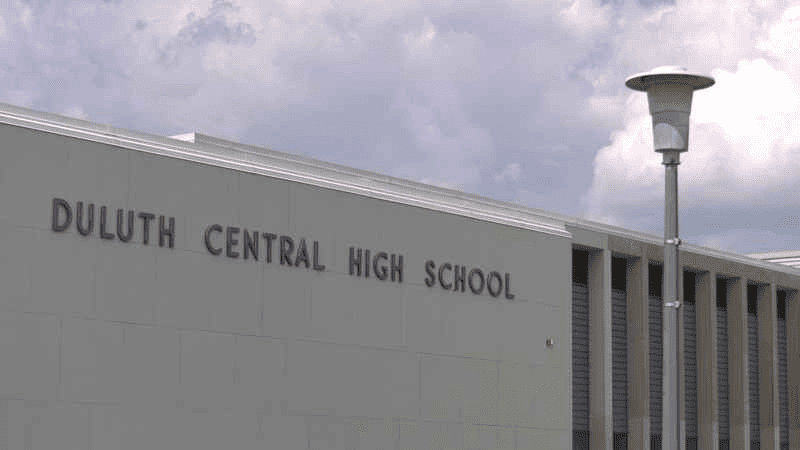 Another developer has pulled out of a deal to by the site of the former Duluth Central High School.[WDIO-TV file]

The school on East Central Entrance, built in the 1970s, closed in 2011 as part of the controversial "red plan" that reduced the city from three to two public high schools.

A deal to sell the site to a housing developer for $10 million fell apart in 2015. In 2016, the school board twice rejected a proposal to sell the property for $14.2 million to be used as an Edison High School, citing a policy of not selling vacant buildings to other educational institutions.

Follmer Commercial Real Estate is continuing to market the property for sale with an asking price of $7.9 million. The parcels for sale include a 52,000-square-foot building constructed in 1995 that is separate from the old high school.