Running Grandma’s Marathon may take a few hours, but the yearly concept design for the branding takes almost a year to prepare.

And Christi Willette, Grandma’s Marathon Creative Director, is the woman behind it all. While one marathon is getting ready to kick off she’s already designing the next marathon.

Christi has been making the designs for the logo for Grandma’s for the past 7 years. And every year she goes through her own process.

She puts together the designs for the shirts, lanyards, posters, and of course the medals. Something that they didn’t have back at the start of the marathon but adopted later on. 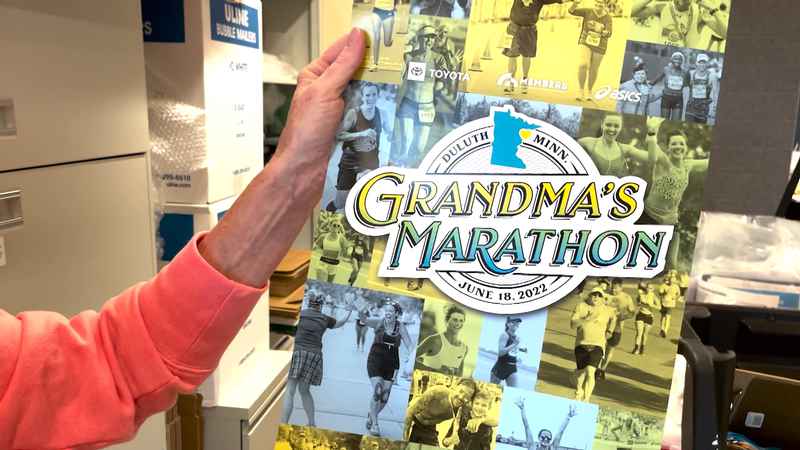 In 1986, the 10th annual marathon was the first year Grandma's Marathon gave out medals.

Zach Schneider, Grandma’s Marathon Marketing and Public Relations Director says, "Back then it was just finishing shirts and patches. In 1986, the 10th annual marathon was the first year we gave a medal."

From then the medals became more like artwork that runners could take home with them.

"So as you look at the progression, it started smaller and much simpler back in the mid 80’s. And has grown and grown into some of the more intricate and fun designs we’ve had over the 10 to 15 years", says Schneider.

And each year Christi showcases a new angle of Duluth. This year being Canal Park.

"It’s kind of different where sometimes I’ll be like ‘ah I could do this. Sometimes I’m like what am I going to do?’"

And when it comes to runners appreciating her work Christi says, "It makes me feel good. You know and if people are really happy then it makes me feel really good."