On Tuesday Duluth Denfeld’s Carter Kilroy signed his National Letter of Intent to play football at the College of St. Scholastica (CSS).

The running back will join head coach Mike Heffernan’s squad who just closed out their first season in the Minnesota Intercollegiate Athletic Conference (MIAC).

"Playing football in Duluth, in the MIAC, it’s the only up north team in there so I’m excited to play here."

While Kilroy is swapping maroon and gold for blue and gold, he will still call Public Schools Stadium home as it’s both where the Hunters and Saints kickoff home games.

"I’m excited," Kilroy shared. "I really like PSS, I feel like I’ve had pretty decent success at PSS as a player." 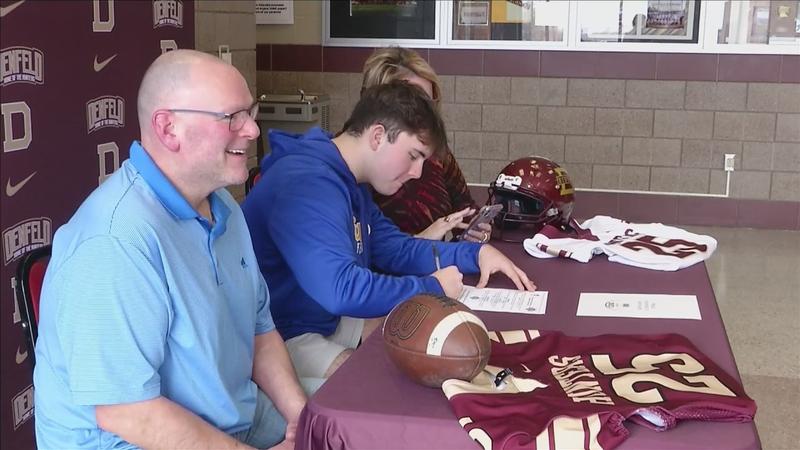 He toured a few schools in North Dakota and the Twin Cities but Kilroy found the CSS program to be the best fit for him.