DA: ‘No one’ ruled out in movie shooting probe

Investigators said Wednesday that there was "some complacency" in how weapons were handled on the movie set where Alec Baldwin accidentally shot and killed a cinematographer and wounded another person, but it’s too soon to determine whether charges will be filed.

Santa Fe County Sheriff Adan Mendoza noted that 500 rounds of ammunition — a mix of blanks, dummy rounds and live rounds — were found while searching the set of the Western "Rust."

"Obviously I think the industry has had a record recently of being safe. I think there was some complacency on this set, and I think there are some safety issues that need to be addressed by the industry and possibly by the state of New Mexico," Mendoza told a news conference nearly a week after the shooting.

Authorities also confirmed there was no footage of the shooting, which happened during a rehearsal. 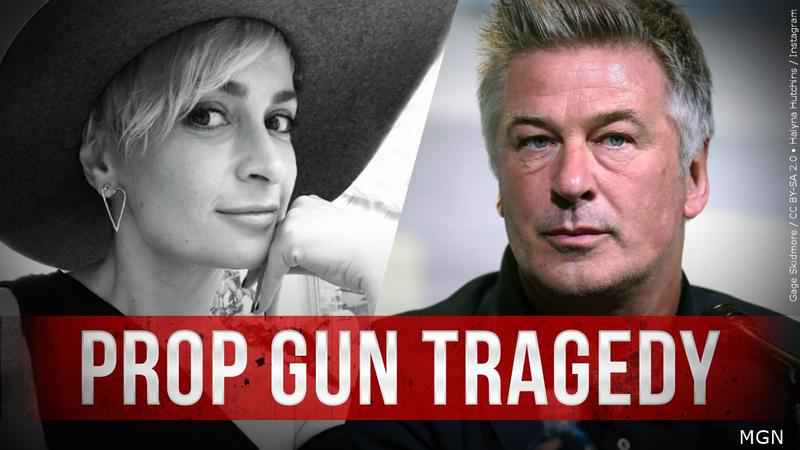 Detectives have recovered a lead projectile they believe the actor fired last week. Testing is being done to confirm whether the projectile taken from Souza’s shoulder was fired from the same long Colt revolver used by Baldwin. The FBI will help with ballistics analysis.

Two other guns were seized, including a single-action revolver that may have been modified and a plastic gun that was described as a revolver, officials said.

Souza, who was standing behind Hutchins, told investigators there should never be live rounds present near the scene.

"We suspect that there were other live rounds, but that’s up to the testing. But right now, we’re going to determine how those got there, why they were there because they shouldn’t have been," Mendoza said.

District Attorney Mary Carmack-Altwies said investigators cannot say yet whether it was negligence or by whom. She called it a complex case that will require more research and analysis.

"It will take many more facts, corroborated facts, before we can get to that criminal negligence standard," she said.

Investigators said they planned to follow up on reports of other incidents involving misfires with guns on the set.