On Friday, Cub Scouts from Pack 3043 spent their afternoon learning about how city government works. The scouts walked around Duluth City Hall with Councilor Terese Tomanek, learning the inner-workings of Duluth’s City Hall.

Councilor Tomanek says activities like these are very important, and need to be made available for kids.

"This kind of activity and opportunity is really important for young people," Terese Tomanek, City Councilor At Large said. "They’ll really learn about the city, and they’ll remember it for the rest of their lives."

Tomanek was very excited to show the Pack around the building and their first stop was in front of the pictures of Mayors past. The kids commented on how they "all are old men," except for Mayor Emily Larson.

Although the kids were not able to meet with Mayor Larson, they did get to visit with a city attorney, the city clerk, and the city communications director to learn about their jobs and the government process. 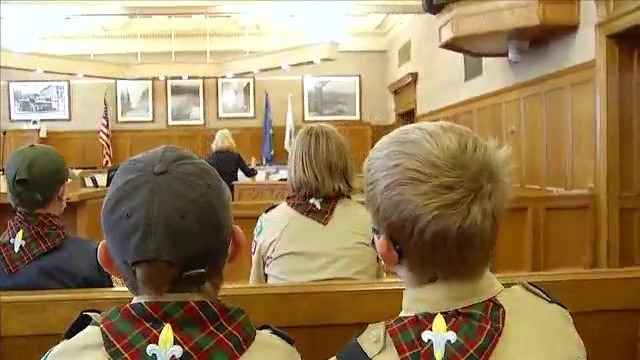 Cub Scouts from Pack 3043 spent their afternoon learning about how city government works.[WDIO-TV]

In learning about the city’s government, Pack 3043 members earned a new badge.