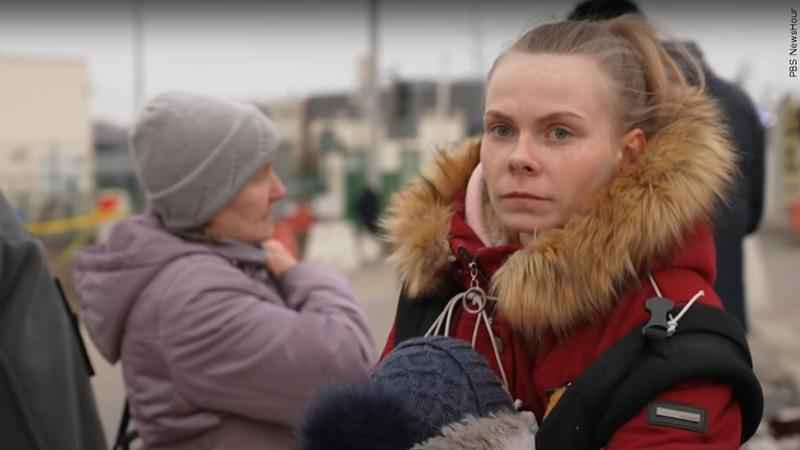 The humanitarian crisis in Ukraine is deepening as Russian forces intensify their shelling and food, water, heat and medicine grow increasingly scarce. Ukraine says it is facing a medieval-style siege by Moscow to batter it into submission. In one encircled city there was no sign yet of an evacuation.

A third round of talks between the two sides Monday ended with a top Ukrainian official saying there had been minor, unspecified progress toward establishing safe corridors that would allow civilians to escape the fighting.

Mykhailo Podolyak, an adviser to Ukrainian President Volodymyr Zelenskyy, said without elaboration Monday that “there were some small positive shifts regarding logistics of humanitarian corridors” to allow civilians to flee some besieged Ukrainian cities. He said that consultations will continue on ways to negotiate an end to hostilities. But the evacuation routes led mostly to Russia and its ally Belarus.

That drew withering criticism Monday from Ukraine and others.

Russia’s top negotiator Vladimir Medinsky, said he expects that humanitarian corridors in Ukraine will finally start functioning Tuesday. He said no progress has been made on a political settlement, but voiced hope that the next round could be more productive.

“Our expectations from the talks have failed, but we hope that we would be able to make a more significant step forward next time,” Medinsky said. “The talks will continue.”

Efforts to set up safe passage for civilians over the weekend fell apart amid continued shelling. But the Russian Defense Ministry announced a new push Monday, saying civilians would be allowed to leave the capital of Kyiv, Mariupol and the cities of Kharkiv and Sumy.

Russian forces continued to pummel some Ukrainian cities with rockets even after the new announcement of corridors and fierce fighting continued in some areas, indicating there would be no wider cessation of hostilities.