Cloquet’s Marina Dostal will now be serving up aces across the border. On Friday the Lumberjack tennis standout signed her National Letter of Intent to compete for the University of Wisconsin-Superior.

The senior spent the last two seasons playing in the number one singles position for Cloquet-Esko-Carlton.

She also played on the CEC girls hockey team and served as a team manager for Lumberjacks softball. 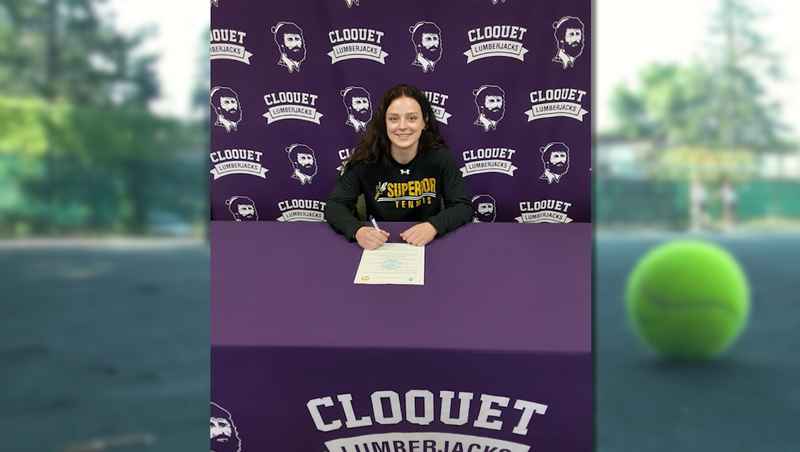