A Cloquet towing company has received national honors from the AAA for helping an elderly Ohio man who became stranded in a remote area.

Wesley Vork of Cars Towing responded to the call near Tamarack in September 2020. A passerby had helped the AAA member, who had no phone, call in for service after he had been stranded in his vehicle overnight.

"Very early on in our interaction, because of experience gained from helping my wife provide care to a lady with Alzheimer’s, I was able to recognize the member was struggling with serious memory issues," Vork wrote in his account of the event.

The man was 852 miles from home and said he had become lost while headed to a family gathering. McGregor Ambulance responded and took the man to the Aitkin Hospital.

On Friday, Cars Towing was honored with an award in AAA and Ford’s "Real Heroes of the Road" contest. 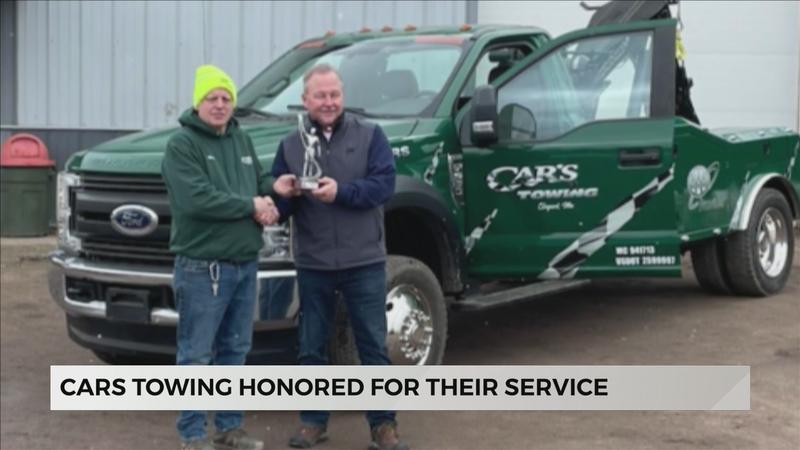 Cars Towing has won an award from AAA and Ford for helping a stranded motorist.[Cars Towing]

The award includes a $3,000 from a towing equipment supplier. Vork said Cars Towing will donate $1,000 to McGregor Ambulance and another $1,000 to the Alzheimer’s Association.