Climate Change: What does it mean for the coast?

World leaders have been meeting for 29 years to try to curb global warming, but in that time Earth has become a much hotter and deadlier planet.

The heat is melting Earth’s ice, causing sea levels to rise and coastal cities to flood.

More than 100 world leaders descended on Rio de Janeiro in 1992 for an Earth Summit to discuss global warming and other environmental issues.

That set up the process of international climate negotiations that culminated in the 2015 Paris accord and resumed Sunday in Glasgow, Scotland.

Over the last three decades, Earth has lost 36 trillion tons of ice (33 trillion metric tons), according to calculations by climate scientist Andrew Shepherd of the University of Leeds. 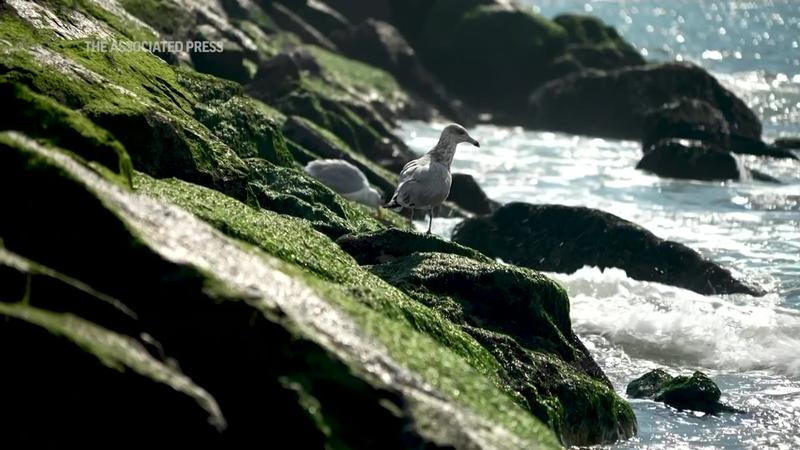 That includes sea ice in the Arctic and Antarctic that now melts more in the summer than it used to, the shrinking of giant ice sheets in Greenland and Antarctica, and melting glaciers.

"In the poles, we have the Arctic sea ice melting. In the Antarctic, you have the Antarctic shelves collapsing and releasing a lot of glaciers and water into the oceans," said Joaquim Goes, an ocean expert at Columbia University.

As the planet continues to warm, coastal cities are seeing water encroach.

"One of the most visible changes that is happening in the United States is along the coast of Florida," Goes said. "You can see on any given day, you can see the, the sea water ingressing onto land and flooding roads on which people walk."

These coastal communities are experiencing more sunny day flooding, as tides rise and flood through neighborhoods and roads.

"This is not only happening in Florida, it’s happening all over the world where the water is coming closer," Goes added.

With more ice melt in the ocean and water expanding as it warms, the world’s average sea level has risen about 3.7 inches (95 millimeters) since 1992, according to the University of Colorado.

In response, coastal parks are now tasked with acting as a barrier.

In 2018, Mitchell was forced to close parts of Rockaway Beach after storms had eaten away at the sand and made the area unsafe for people.

But to fully tackle the effects of sea level rise, Goes said much more must be done and on a much larger scale.

"The most important thing is we have to reduce our carbon footprint drastically," he said. "All countries should be partnered."