City of Duluth Preparing in Case of Snow Emergencies

Plowing snow off of roads in the winter is nothing new for the Northland, but now the city of Duluth is prepared in case of a snow emergency.

Since May, over 2000 snow emergency signs have been placed in Duluth, scattered over 120 miles total. If a snow emergency were to be called, roads with the signage would be plowed first.

For efficient plowing, these roads would forbid parking during set hours in this instance. Duluthians would be given advance notice to move cars off of the snow emergency routes and park elsewhere.

"At approximately four o clock on whatever day, if there is a significant snow event that is coming towards our area, or if there’s a type of snow, if there’s a wet, heavier snow, we would initiate a snow emergency declaration,” said Public Information Officer Kate Van Daele.

The city has been planning this initiative since 2019 but delayed the implementation due to covid-related budget restrictions. Experts determined which roads needed to be prioritized, such as those near a highway or on the way to a hospital. 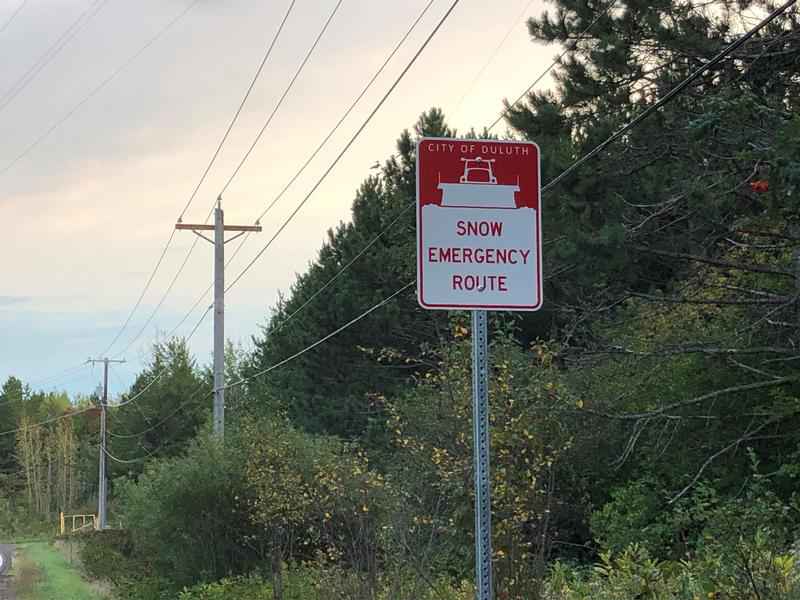 Being able to plow roads faster and more efficiently during a snow emergency will effectively be a win-win, helping those who park on these main roads as well.

If a snow emergency were to be declared, the City of Duluth would distribute the information in a variety of ways, including use of the Northland Alert, an emergency notification system that sends essential, urgent information to the public. For more information or to signup, visit this website.