The City of Duluth has declared its first snow emergency as more snow falls following a storm Sunday night and into Monday.

The snow emergency will be in effect until 6 p.m. Wednesday, Dec. 29, unless another snow emergency is declared. During a media briefing Tuesday, Duluth Chief Administrative Officer Noah Schuchman was asked why the city didn’t declare a snow emergency earlier.

"(Monday) when we were evaluating the snowfall, crews were working and able to keep up with it. As the day moved on and we started to understand (Tuesday) morning the impact of additional snow that will be coming in (Tuesday) afternoon and evening, it became clear at that point that we needed to call a snow emergency," Schuchman said.

"The snow came down over a day, almost half a day and to declare an emergency at that point really wouldn’t have done anything for us because we were on those routes anyway," Guerrero said. 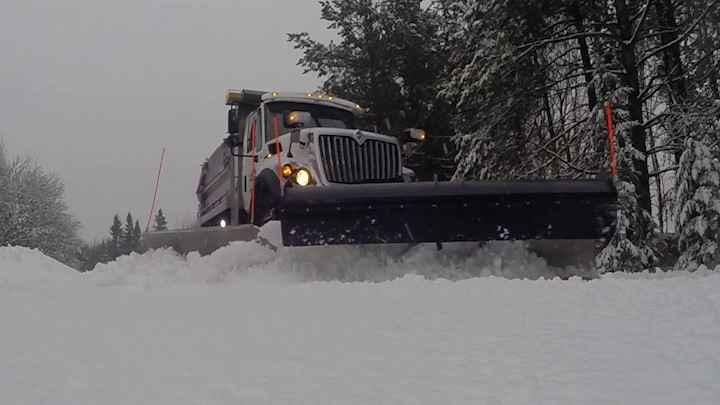 Mark Bauer, Duluth’s Parking Operations Specialist, said their goal is to issue as few tickets and have as few tows as possible.

"As far as towing, we can do it if we need to, but we’d like to limit it as much as possible just to get the job done," Bauer said.

Garfield Avenue, which currently offers the only access to the Blatnik Bridge due to the Twin Ports Interchange closure, will also be plowed despite not being a snow emergency route, Guerrero said.

There are optional lots available to park on a first come, first serve basis. A map of these lots can be found HERE. People can park in these lots for free funtil 8 p.m. Wednesday.