On Friday it was a boy’s basketball section title game double header. With Cherry taking on Deer River, and Hermantown facing Hibbing.

In section 7AAA the Hermantown Hawks were led to victory by Blake Schmitz who finished with 30 points, in route to a thrilling 60-59 win.

"I been working for this moment my whole life, just putting in the work and it just pays off here. It was really tough to focus because there was so much, but you just have to block it out," said Schmitz.

"We just never stop, we always work hard during practice and it always translates into games. We go through these situations at practice these close games so we can be ready for these moments," added sophomore Keaton Christianson.

For Cherry they were against Deer River in the section 7A title game, with sophomore Isaac Asuma leading the way with 24 points as the Tigers won 68-57. 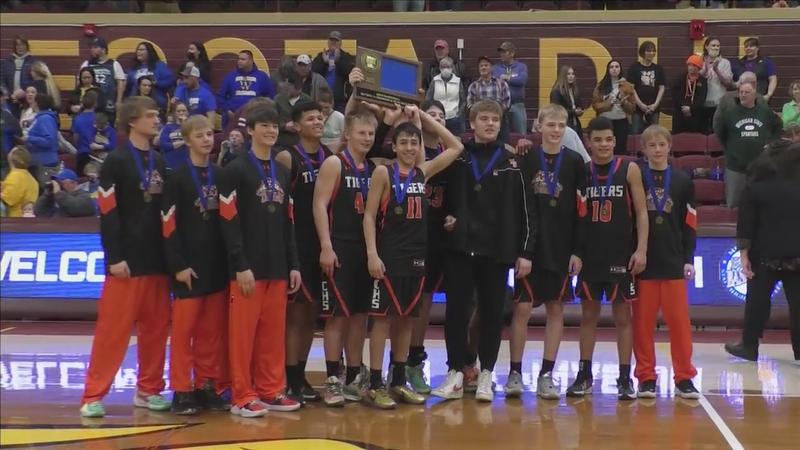 As the Tigers are set to head to the state tournament for the first time since 1997.

Seedings and Brackets are scheduled to be made this weekend.