Changes in forecasting since Halloween Blizzard

In 1991, the infamous Halloween Blizzard made its way through the Northland. 36 inches of snow fell in Duluth in 72 hours. By the end of this megastorm, 22 lives were lost in the upper midwest.

Now the Digital Media Manager for WDIO, Sue Holt was a Weather Producer at the time of the Halloween Blizzard.

“The amount of snow and the length of how long the storm hit us was kind of a surprise to everybody,” Holt recalled.

This weekend marks the 30th anniversary of the Halloween Blizzard.

“I’ve been lucky to have been year a very long time, and I’ve seen the change from back in the day when we didn’t have any computers to a multitude of different equipment,” Holt remarked. “I would have to push a button to make a sweep of the radar band go, so it looked like it was populating the map.” 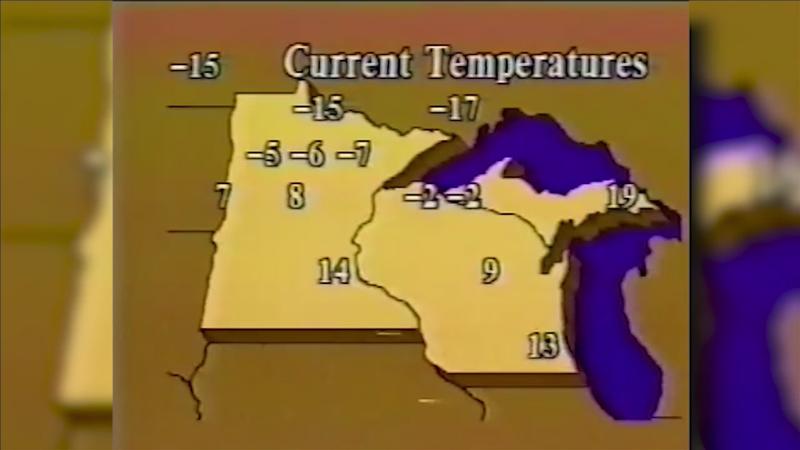 This is a stark contrast to the current technology.

“We’re able to zoom into a storm,” explained Chief Meteorologist Justin Liles. “We’re able to look into a hurricane or even a tornado as it’s passing by.”

The technology has also evolved from the forecasting side.

“We had a temperature map and a map that showed highs and lows and fronts, so if there was a storm brewing in the Rockies, you could talk about how this storm could come here,” said Holt. “But you didn’t get that in-between.”

“There’s just a lot of computer models, numerical models, that we didn’t have back then,” added Liles. “We’re able to look at them at a greater rate, and that was largely due to the internet.”

In addition to having better graphics on air, the evolving technology has enabled meteorologists to forecast much further out than thirty years ago, giving the public more advance notice when a blizzard is heading our way.

“There’s not even a comparison,” said Liles. “I mean, back then, you’d be lucky if you could get the day forecast right.”