For years now, the only jailbirds occupying the cells at the historic St. Louis County Jail have been pigeons. But the building is finally being reformed.

"It really is a unique opportunity," Jon Commers, one of the development partners, said. "And I think the kind of demand for housing in the Duluth market was a key piece. I think the opportunity to be involved in a reuse that really is so distinct and so significant to the city and the community was just really exciting to respond to."

"Working with the design team and the construction team to be able to pivot that relatively unique original use to something that is about living spaces has been a challenge but also one that’s doable," Commers said.

The units will be mixed income, according to Commers. They’ll span five floors of the building, with some units having loft-like spaces on the top floor. 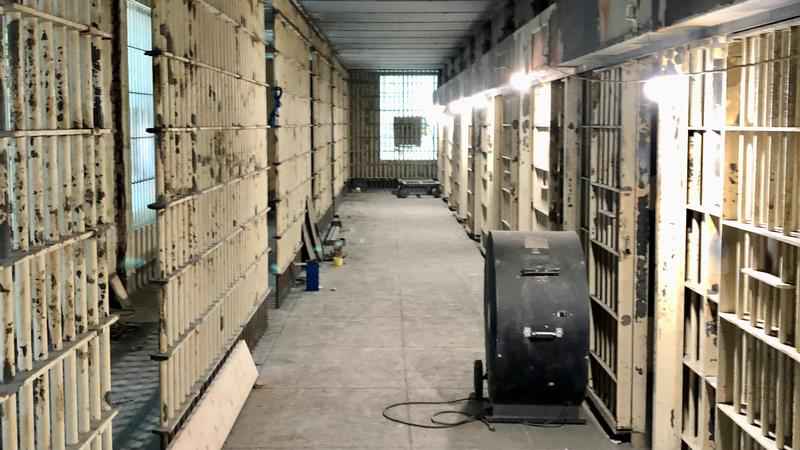 Most of the cell bars will be removed from the historic St. Louis County Jail.[Baihly Warfield/WDIO]

Construction started at the end of September. But the building isn’t just being gutted.

"Some of the lobby spaces, for example, the elevator lobbies, will feature not only some of the bars from the jail use but also … some of the mechanical gear used to operate the jail," Commers said.

Bars may be revealed in a limited way inside some of the units too. But the windows, currently filled with glass blocks, will be swapped for large operable glass panes.

"We think that they’re going to be really light-filled spaces. They’re going to feel really unique," Commers said. "I think there will be a sense that the building had a prior life as a jail. But it will be very much about comfortable living spaces."

They hope to have the project complete by November and people moving in by the end of 2022.