Busy last day for the Minnesota Paraunity Convention at the DECC

Today was the last day of the Minnesota Paraunity Convention and it drew in even more investigators and paranormal fanatics to the DECC main floor.

The convention is filled with panelists, artifacts, and technology all related to the paranormal.

Greg Newkirk, one of the vendors, brought in tons of supernatural artifacts to the event. He says quote “paranormal conferences like this are a great chance for people with the same interests.”

He, his friends and wife came all the way from Cincinnati for the event just to experience the weird and macabre. But they say they’ve got one of the most interesting pieces at the convention involving one small tin can. 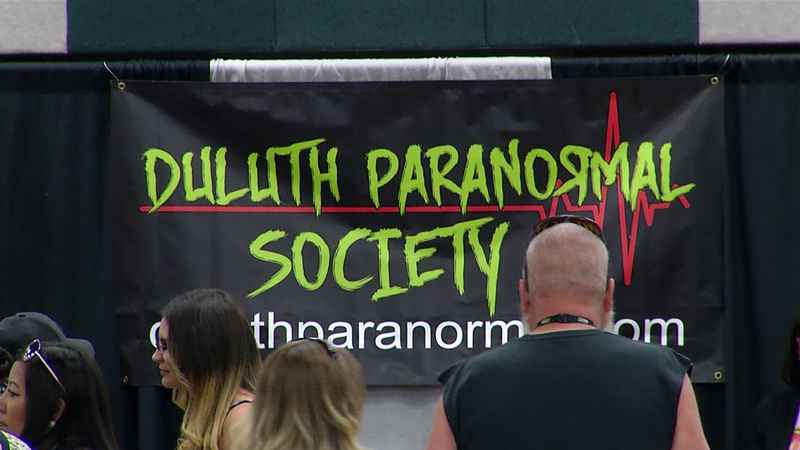 Paranormal booth at the Paraunity Convention

"We have a show called Hellier and in it one of our cast members psychically connects to a tin can. Now I know how that sounds, but we have the can here and fans of Hellier have been super excited to see the can in person."

The event also hosted some small Duluth businesses such as Reiki Magick. Owner Sheree Meier and her husband sell crystals that get rid of negative energy and bring in the positive. They were super excited to see all the people on the floor today.

Sheree says, “I think people are no longer taking things for granted as much anymore. So they are doing a little bit of the impulse buying. And treating themselves more, cause you’ll never know when we’ll be locked up again… if ever."

As we return to normalcy Sheree notes it’s a new normal. Saying that it’s different but she’s grateful for the event and is excited for the new normal for the paranormal.