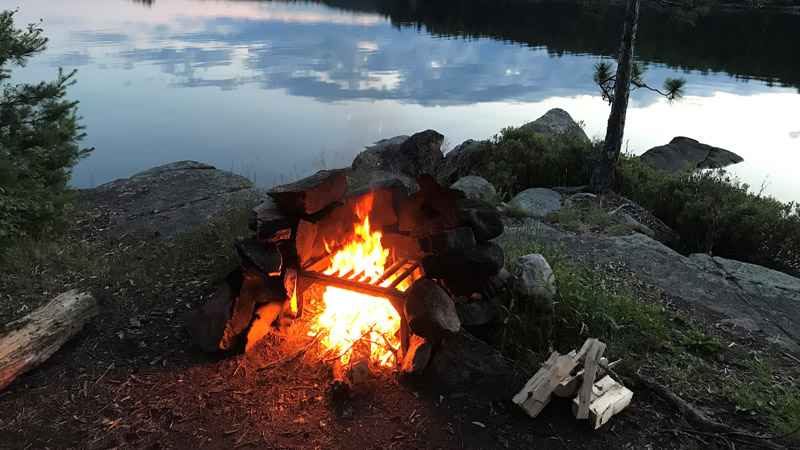 A campfire in the BWCA[WDIO]

The Minnesota Department of Natural Resources is expanding the burning restrictions beginning at 12:01 a.m. Tuesday, July 13. Restrictions will now be in place for all of Beltrami, Cook, Koochiching, Lake, Lake of the Woods, St. Louis, and eastern portion of Roseau County, within state jurisdiction.

“The nearly 1,500 wildfires that have occurred in Minnesota since March are more than we typically see in an entire year,” Linda Gormanson, burning permit coordinator said in a press release. “We want people to keep recreating and enjoying the outdoors, but in ways that reduce the risk of igniting a wildfire.”

The restrictions set for the affected areas include:

Minnesota DNR says the burning restrictions will remain in effect until weather and environmental conditions indicate a significant reduction in fire danger, a determination made by the DNR commissioner.

Listing of state forests and state parks under burning restrictions.

Check the DNR statewide fire danger and burning restrictions map and follow the fire prevention tips above. People who spot a wildfire should call 911.