After wrapping up a busy week of Bulldog hockey, both the University of Minnesota Duluth (UMD) men’s and women’s hockey teams have maintained their status as top ten teams in the nation.

The Bulldog men, coming off a loss to the University of Michigan and win against Providence College, have held on to the No. 5 spot in the latest United States College Hockey Online (USCHO) poll. Now 3-1 on the season, they’re one of six National Collegiate Hockey Conference (NCHC) teams in the top 20.

After suffering a regulation and then overtime loss to the University of Wisconsin-Madison the Bulldog women slipped one spot to No. 8 in the poll. Now 2-4 they’ll visit the University of St. Thomas Saturday and Sunday. 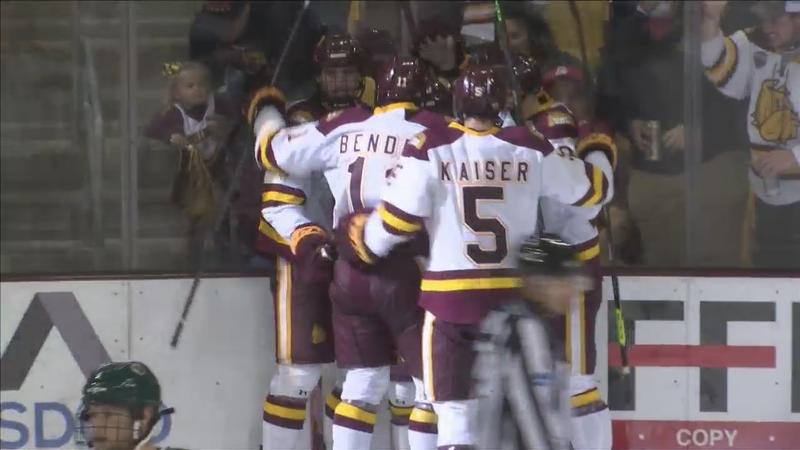