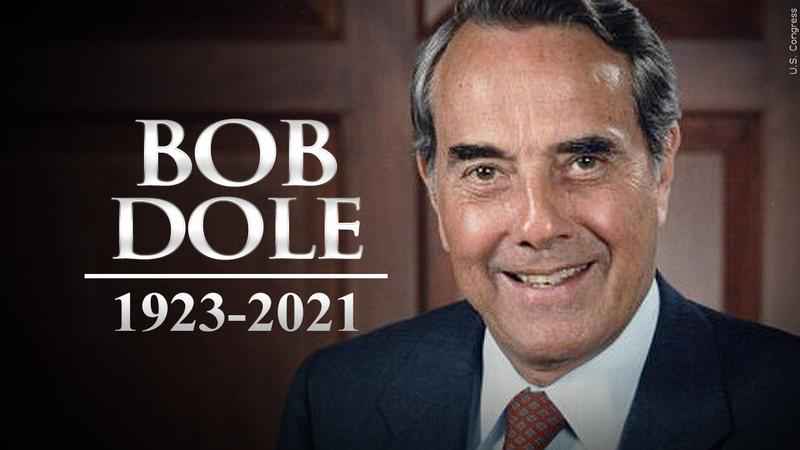 WASHINGTON (AP) – Americans are remembering Bob Dole, a man who defied the odds in war, only to fall short of his ultimate goal in politics.

After paralyzing wounds in World War II, Dole willed himself to walk again, and ran for Congress with a right arm too damaged to shake hands. He rose through the Senate ranks to become a long-serving Republican leader and tireless champion of his party.

But the prize of the presidency eluded him. He tried three times, and came closest in his final race, securing the 1996 Republican nomination only to be steamrolled by President Bill Clinton’s reelection machine.

Bob Dole’s frequent scowl concealed a dry, often caustic wit. He singed political rivals with it – but didn’t spare himself.

Wisecracks came with Dole’s territory. After a poor showing in the 1980 Republican presidential primary in New Hampshire, Dole said, "I went home and slept like a baby. Every two hours I woke up and cried.”

Dole drew heat for saying in a 1976 vice presidential debate that all the wars of the 20th century were “Democrat wars.” He came to regret that remark, saying, “I was supposed to go for the jugular. And I did – my own.”