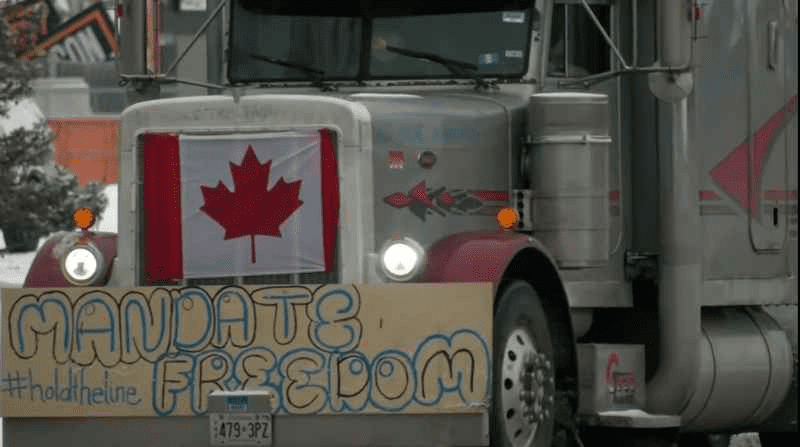 In Ottawa, the ranks of protesters swelled to what police said was 4,000 demonstrators.

In the capital Ottawa, police are forming a new command center with provincial and national authorities that they say would help them respond better to a larger demonstration that has paralyzed downtown.

The tense standoff at the Ambassador Bridge linking Detroit and Windsor, Ontario, eased somewhat Saturday when Canadian police persuaded demonstrators to move the trucks they had used to barricade the entrance to the busy international crossing, but protesters reconvened nearby.

In Ottawa, the ranks of protesters swelled to what police said was 4,000 demonstrators.