One of the biggest events to raise money and awareness for ALS kicked off in Duluth, with the annual pre-ride reception for the Black Woods Blizzard Tour.

This is the 23rd year of the tour, with more than 250 riders hitting the trails Thursday morning, all with one common goal: to raise money in support of those with ALS.

"I’ve been involved with it since 1992, when my father passed away from me. So but there’s still a lot of people that right here that know, know nobody. They just enjoy The great thing that they do up here," shared Minnesota Twins Alumni, Kent Hrbek. He and fellow alum Terry Steinbach both lost their fathers to the disease. And Steinbach has been involved in all 23 Blizzard Tours to date.

"Probably every rider that’s here either knows of or had a personal contact with ALS," shared Steinbach. "So it’s it’s a disease that doesn’t get the recognition that we all think it should, but it’s also something that’s out there and we’re doing what we can to try to find a cure for this thing."

Also joining the ride again is Ron Gardenhire, former Twins General Manager, who joined the ride several years ago, and has been participating ever since. 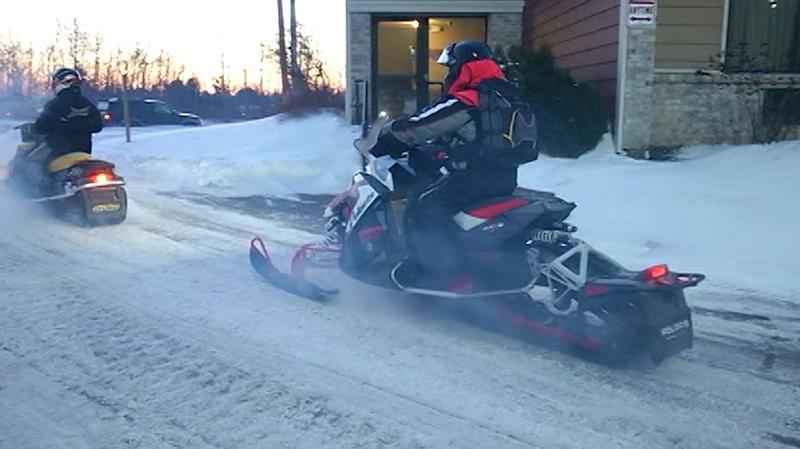 "It’s never say die. And that’s that’s our motto here. And that’s what we do," shared Garednhire. "We come back every year, run the snowmobile ride, you know, make some money, make a lot of money and get to see friends."

For its 23rd annual event, the Black Woods Blizzard Tour has set a goal of raising $1.5 million to help support individuals living with ALS as well as their caregivers. They have already surpassed the $1 million mark, but are hoping to hit that $1.5 million by the time the tour is over on Saturday.

In 22 previous years, riders have raised more than $13 million to provide support and services for individuals living with ALS as well as research into treatments for the disease. Since 2017, the event has raised more than $1 million each year, including 2021 when the Black Woods Blizzard Tour was held "virtually" due to COVID-19 protocols.