As more and more women have become interested in biking, more have gotten involved in the industry as well. Audrie Pelosi started out in the sales department of Ski Hut before moving to the repair shop.

“In my mind, it was almost a little bit of a challenge,” said Pelosi. “I want to learn these things so I can be competent and teach other people how to be competent with them. It definitely was intimidating at first, moving from the sales floor down into the service department as the only woman in there.

“We’re super fortunate to have a lot of women in our store, in our shop, which isn’t something that you see a lot throughout the industry,” said Klepperich. “So we want to take our experiences and our knowledge and share it throughout the community in order to get women more involved in bikes.”

As part of their effort to encourage more women to participate in the sport, Ski Hut has begun offering women’s bike maintenance clinics, the first of which was on May 8th. 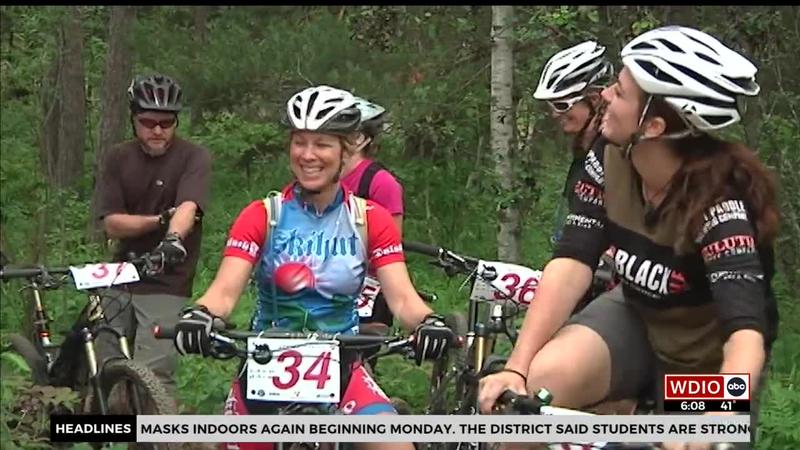 “We had about eight people show up, which was a little smaller than what we were expecting, but it was awesome because we got to go a lot more in depth with the women and just talk a lot more one on one,” said Pelosi.

“We taught them the ABCs of biking, how to change a flat, basic trail repairs, what to check before a ride,” explained Klepperich. “How to maintain your bike so you don’t have to come in and bring it in all the time.”

The clinic was successful, with attendees using the knowledge they learned.

“We’ve got so many responses and so many women who have been able to take what they learn and bring it home and put it to use on their bike specifically,” Klepperich remarked. “We’ve been able to see them come back into the store asking for things that they need to do these repairs, that they know what they are now, they know how to use them when they previously, before coming to our clinic, didn’t know how to.

This was the first of many women’s bike maintenance clinics. The next will be on May 22nd at Ursa Mining Brewery.