The Courage Kenny Rehabilitation Institute is taking the lead on efforts to make Duluth area trails accessible to mountain bikers of all abilities.

Sports and recreation supervisor Eric Larson said, “We hope to create some opportunity for people that also have some form of disability to actually be able to get out and enjoy what a lot of able-bodied people have been enjoying for a number of years through all of the hard work with volunteers through COGGS.”

Larson says adaptive mountain biking is a relatively new concept, so many existing trails were built without a three-wheel bicycle in mind. Attempting to ride an adaptive bike on the wrong trail can cause damage.

Larson said, “This particular bike is in the shop because of a width issue causing a bike to kind of come off a bridge and some spokes were damaged.”

Larson has been riding through the expansive Duluth Traverse hunting down trails that are more suitable for adaptive riding. 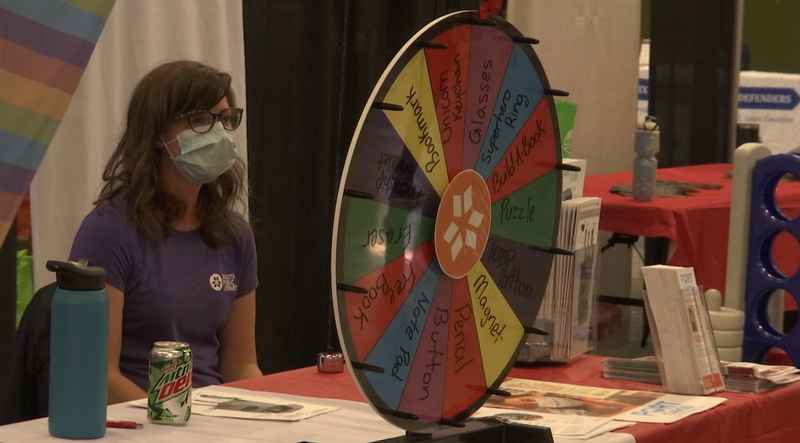 “We’re really looking to identify trails that have less of a grade up and down and fewer bridges, or if there are bridges, wider bridges,” Larson said.

Trail access isn’t the only obstacle facing adaptive riders. Access to the bikes themselves is an affordability issue.

That’s another barrier Courage Kenny is trying to break through.

With bikes to ride and accessible trails available, now they’re pursuing a grant that would allow them to train adaptive instructors.

"It’ll basically take volunteers that have an interest in teaching others to ride the bike and help them understand what the standards are and kind of how to go about teaching an adaptive rider," Larson said.

The inclusion of adaptive cycling is an ongoing effort. As for its future, Larson is encouraged by the way the movement has been embraced by the community.

Larson said, "The Cyclists of Gitchee Gumee Shores, the parks and recreation department, other cycling interests whether it’s a local shop, Ski Hut, Twin Ports Cyclery, Continental, or Galleria, all the shops seem to have an open mind to it. If we can get more people riding, that’s wonderful."