President Joe Biden says there has been "no change in the posture of the Russian forces" along the Ukraine border and that the White House is still preparing for a potentially imminent Russian invasion.

Speaking to reporters as he stopped at a small business in Washington on Tuesday, Biden said Russian President Vladimir Putin “continues to build forces along Ukraine’s border,” and an attack “would be the largest invasion since World War II. It would change the world.”

Asked if the threat assessment has changed in recent hours, Biden said, "it’s a bit like reading tea leaves," adding "it all comes down to his his decision."

Several rounds of high stakes diplomacy have failed to yield any breakthroughs, and tensions escalated further this week.

NATO said it was bolstering its deterrence in the Baltic Sea region, and the U.S. ordered 8,500 troops on higher alert for potential deployment to Europe as part of an alliance “response force" if necessary. 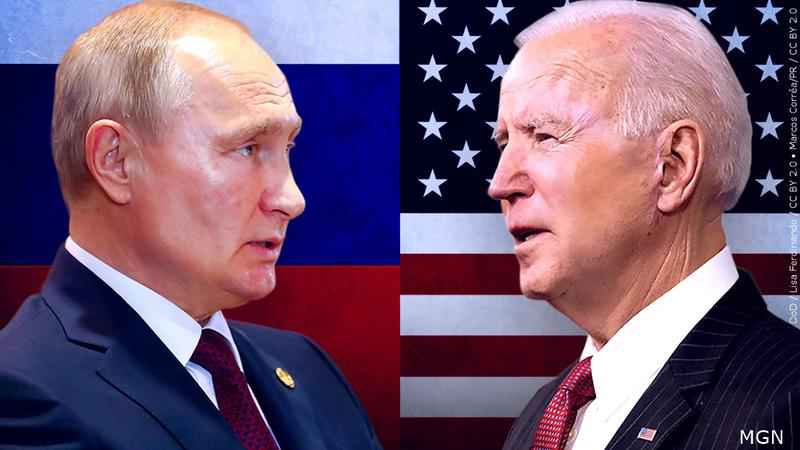 Biden said he has "no intention of putting American forces or NATO forces in Ukraine," insisting that any troop movement would be aimed at reassuring Eastern bloc nations that feel threatened.