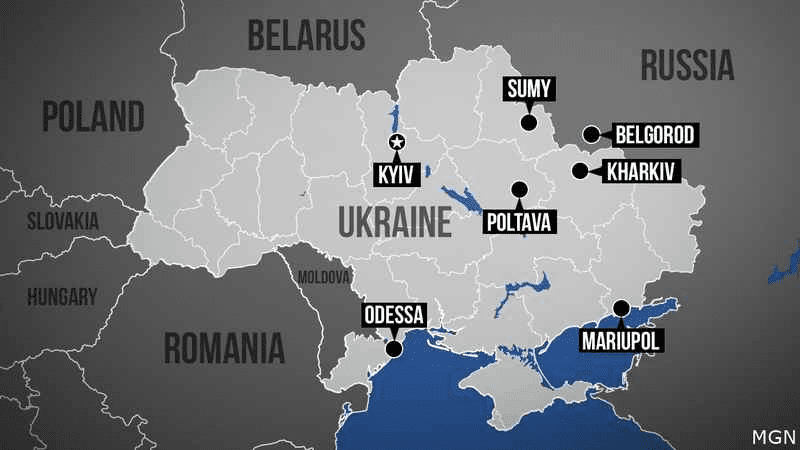 The new legislation is largely symbolic, but comes as Congress is poised to unleash more resources of $33 billion or more to fight the war. It all serves as a rejoinder to Russian President Vladimir Putin, who has seized on V-E day, the anniversary of Germany’s unconditional surrender and Russia’s biggest patriotic holiday, to rally his people behind the invasion.

Before signing the bill, Biden said that “Putin’s war” was “once more bringing wanton destruction of Europe,” drawing reference to the significance of the day.

Flanked by two Democratic lawmakers and one Republican, Biden signed the bill, which had sailed through the Senate last month with unanimous agreement, not even the need for a formal roll call vote. It passed overwhelmingly in the House, drawing opposition from just 10 Republicans.

“It really matters,” Biden said of the bipartisan support for Ukraine. “It matters.”

Despite their differences over Biden’s approach and perceived missteps in confronting Russia, when it comes to Ukraine the members of the House and Senate have held together in a rare bipartisan fashion. Other measures, including calls to investigate Putin for war crimes, have also gained widespread support.