WASHINGTON (AP) – President Joe Biden has paid tribute to law enforcement officers who responded to the Jan. 6 Capitol insurrection by signing legislation to award them Congressional Gold Medals for their service. The award is the highest honor Congress can bestow. Biden and Vice President Kamala Harris held a ceremony Thursday afternoon in the White House Rose Garden to sign the legislation.

It was passed unanimously by the Senate earlier this week. Many officers were beaten and injured that day as the violent mob of then-President Donald Trump’s supporters pushed past them to break into the Capitol and interrupt the certification of Biden’s presidential victory. 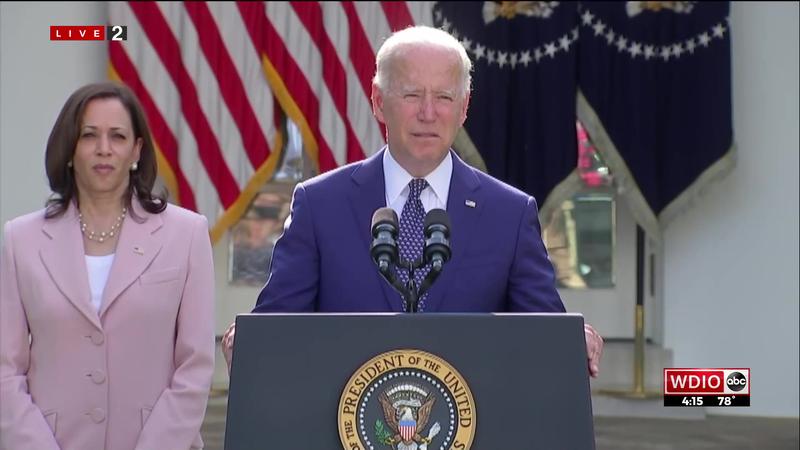