WASHINGTON (AP) — President Joe Biden said Wednesday the U.S. is sending more anti-aircraft, anti-armor weapons and drones to Ukraine to assist in its defense against Russia. The president’s comments came as he formally announced his administration was sending an additional $800 million in military assistance to Ukraine.

"We’re going to give Ukraine the arms to fight and defend themselves through all the difficult days ahead," Biden said.

Biden spoke hours after Ukrainian President Volodymyr Zelenskyy delivered a video address to members of U.S. Congress in which he made an impassioned plea for the U.S. and West to provide more help to save his young democracy than world leaders have so far pledged to provide.

Early Wednesday morning, Ukrainian President Volodymyr Zelenskyy appealed to the U.S. Congress and directly to President Joe Biden to help bring an end to the war in Ukraine. 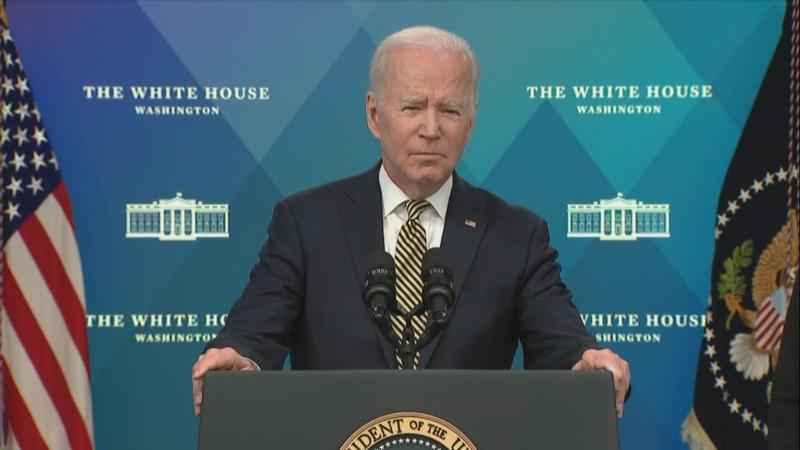 Lawmakers gave him a standing ovation, before and after his short remarks, which Zelenskyy began in Ukrainian through an interpreter but then switched to English in a heartfelt appeal to help end the bloodshed.